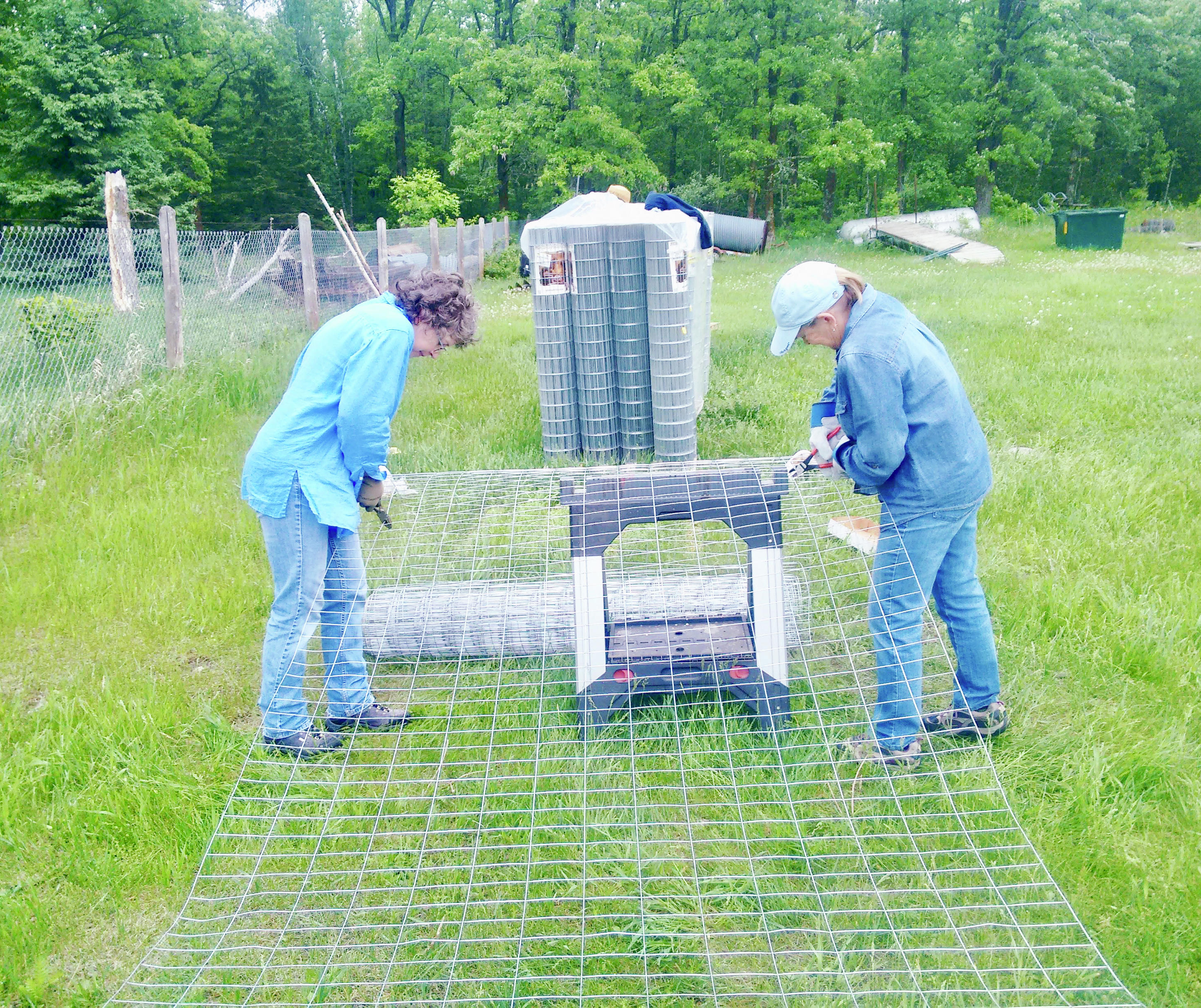 Cutting wire in May were Charlie Hovde, at left, of Long Lost Lake and Candy Malm of Park Rapids. 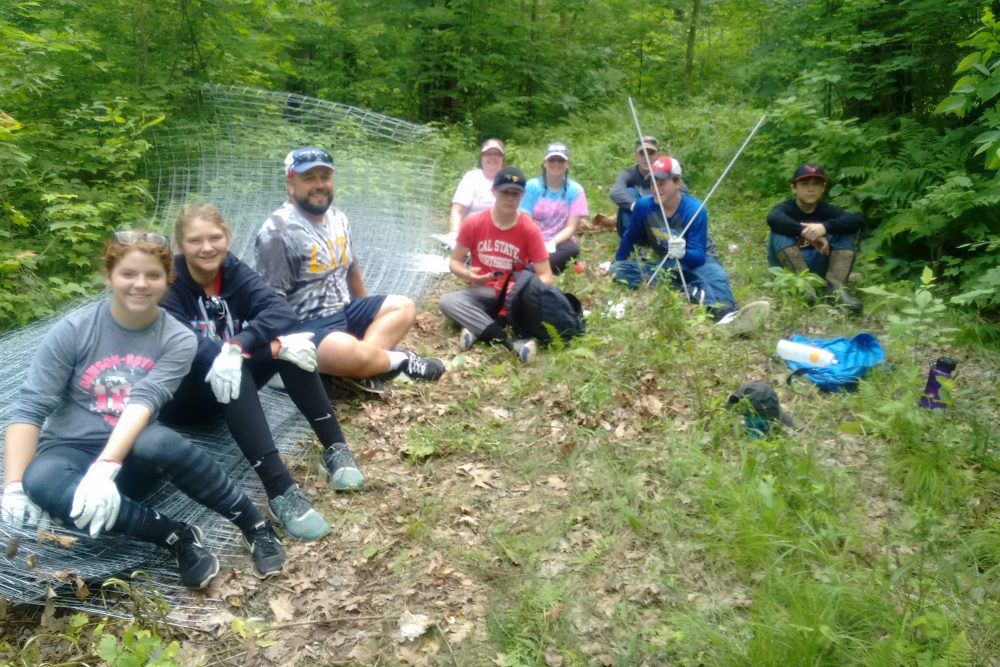 The enthusiastic group of volunteers.

Pulling a tree cage over to be installed. 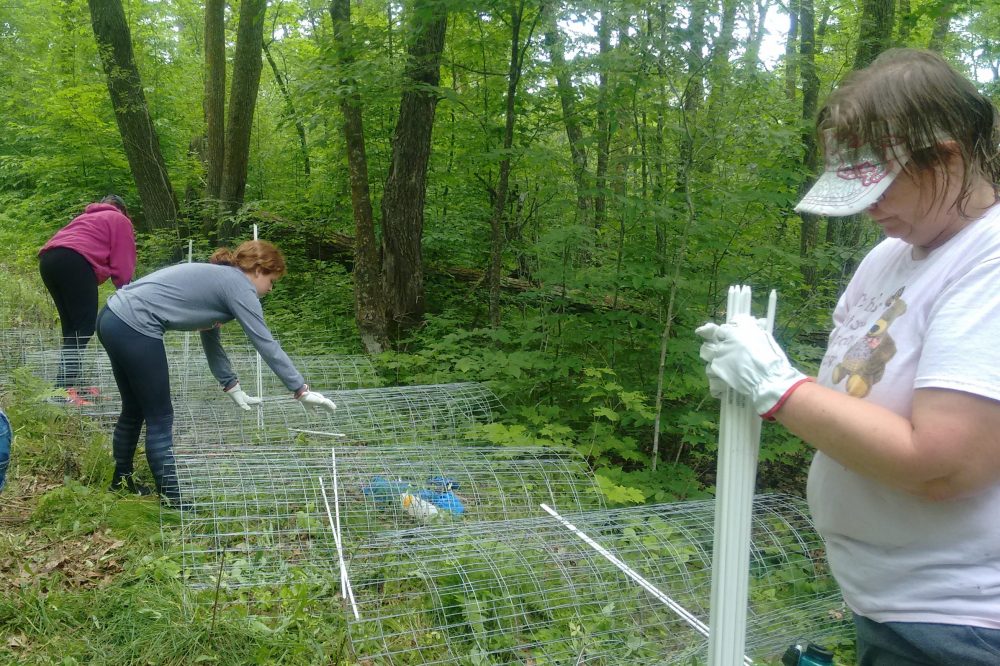 Preparing the fencing and posts. 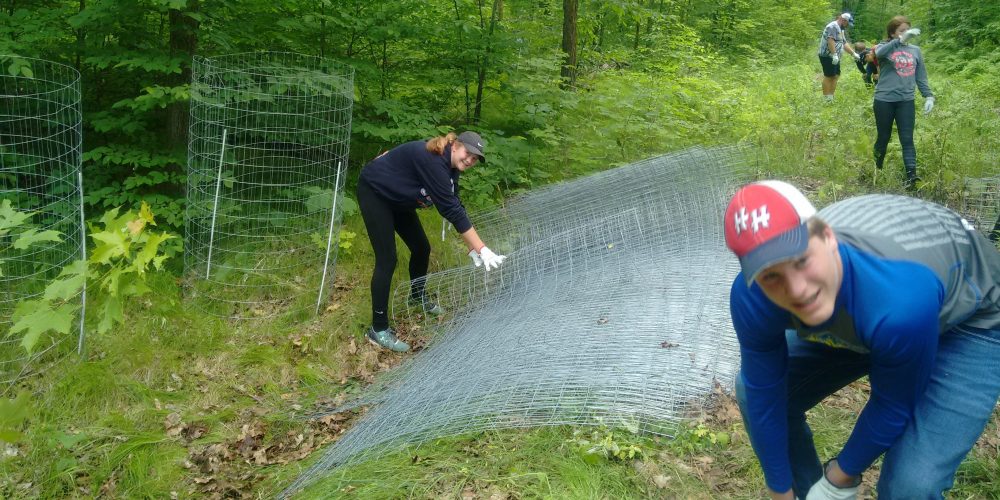 Itasca is well-known for its old-growth trees. But growing the next generation has been a challenge as deer have been eating and destroying the young trees. In 2009, park staff planted a 65-acre region known as the Bear Paw Restoration. Last winter, when Parks & Trails Council of Minnesota approached the DNR about a possible project to fund in the park in collaboration with the local Friends Group, protecting these trees was a clear priority.

Plans got underway and in June, the Friends of Itasca State Park purchased wire fencing, bolt cutters, pliers, post drivers and gloves. Then, working with a group of teens from Madison, Minn., one-by-one cages were built and installed around about 400 trees over a three-day period. Plus, another 50 more cages will be installed at a later time.

“Perhaps some day in the future, the people who worked on this project will be able to come back and reveal to a new generation of volunteers a healthy stand of pine trees that the grant helped to protect,” says Friends president Tim Holzkamm.

The funding for this habitat restoration project was provided by a $5,000 grant from Parks & Trails Council. Friends of Itasca State Park have contributed many volunteer hours and enthusiastic energy while the DNR has provided expertise, guidance, and volunteer connections. This completion of this project offers an important addition to the DNR’s land restoration efforts.