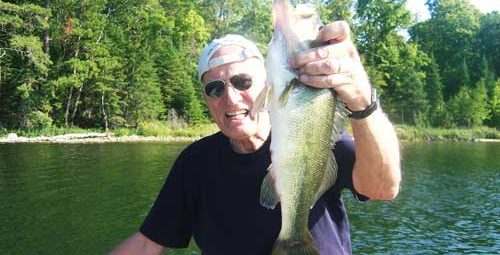 Growing up in Collegeville, MN, was kind of like growing up in Lake Wobegon. “It was a college campus, with no neon lights in sight,” said Dave Durenberger, former U.S. Senator, long-time political force in Minnesota and expert on healthcare policy. “We spent our free time outdoors.”

Outdoor recreation was simply a fact of life for Durenberger, as it has been for generations of Minnesotans. His father, the athletic director at St. John’s University, stressed the importance of the outdoors on both physical and mental health.

As he got into politics, Durenberger found himself in positions that would let him help create and preserve parks and trails. While chief of staff to Gov. Harold LeVander, 1967-1971, he met Sam Morgan, one of the founders of the Parks & Trails Council of Minnesota, and learned the role government could play in parks, trails and recreation. He also met William Holes, a Republican activist, “and he helped me persuade LeVander that he ought to support a Voyageurs National Park.” There were questions about whether a national park would be an asset for Minnesota, but with bipartisan support, it was established in 1975. Last year, Parks & Trails Council added 3.4 acres of shoreline to Voyageurs National Park with member support.

Durenberger’s influence on parks and trails in the state continued through both his private and public life: He served, at various times, on the Metropolitan Council’s Parks and Open Space Commission, the Hennepin County Park Reserve District and the City of South St. Paul’s Parks and Recreation Board. It was the beginning of the environmental movement and there was bipartisan support for the idea of creating and preserving areas for outdoor recreation.

During his tenure as U.S. Senator, 1978–1995, Durenberger helped establish the Mississippi National River and Recreation Area, helped secure appropriations to implement the landmark Boundary Waters Canoe Area Act of 1978, authored vital Clean Air and Water Act amendments and was the driving force behind numerous other important pieces of environmental legislation and appropriations.

Today, the challenge is different, Durenberger said. “We have to convince people that conservation is an ethic, with the moral equivalency of a lot of other things that people value.” He said there is no lack of leadership, nor of experience, but once the idea of government involvement is raised, there is a pushback that didn’t used to exist. Yet, he said, clearly there is an essential role for government—and an essential role for the private sector.

Parks, trails and your health

Durenberger is currently a senior health policy fellow at the University of St. Thomas and chair of the National Institute of Health Policy and chair of the Minnesota Citizens Forum on Health Care Costs. He was and is respected for his background and knowledge in health care—a background that fits perfectly with his interest in the outdoors. “The first, best and easiest way to reduce health care costs is fast walking, 30 minutes every day,” he said.

Getting people moving, whether they walk or bike or do other basic aerobic exercise, makes for a healthier citizenry and that means reduced need for medical care. “You have to have trails and the willingness to do the exercise and the time,” he said.

For the record: Durenberger does his 30 minutes a day, plus regular workouts at a gym. He and his wife, Susan Foote, have a home in San Rafael, CA where they can hike and bike any time of year, when they’re not in Minnesota.

The interest in a healthier lifestyle, from eating healthier foods to engaging in outdoor activities, is going to be positive for parks and trails, Durenberger said. The resistance to government involvement in creating and preserving parks and trails will ease, he thinks, because younger people are invested in healthier lives and they want to be able to pursue them easily. For conservationists and outdoor recreation supporters who are frustrated by what they see as a lack of support, he says: “Bide your time; it’s going to be different in a few years. The number of people committed to conservation is going to go up, not down.”