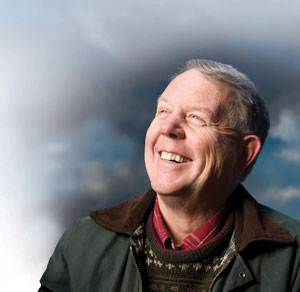 Weather has shaped Minnesota’s special places in unique ways and created memorable stories. Mark Seeley, a University of Minnesota climatologist for the past 30 years, knows these amazing stories better than anyone. Seeley is a regular on Minnesota Public Radio. He is a professor in the Department of Soil, Water, and Climate at the University of Minnesota. He writes the weekly newsletter “Minnesota WeatherTalk” and co-authored, “Voyageur Skies: Weather and the Wilderness in Minnesota’s National Park.”

Seeley will extend his commentary on the climate story of Voyageurs National Park to places across Minnesota. From Itasca State Park, where major air masses collide to create frequent severe blizzards, to Whitewater State Park with its dramatic history of flooding catastrophes, over to the North Shore’s “snow belt” and west to Blue Mounds State Park where the state’s remnant prairie have been shaped by the blazing, dry heat. Today our efforts to preserve these stunning places and the unique history they hold is more important than ever as climate change begins to effect the character and management of Minnesota’s parks and trails.

Peggy Prowe is an inspiration with her unflagging determination and distinct ability to rally supporters to build trails. The creation of the Mill Towns State Trail has been her sustained goal for over twenty years. She has been rewarded for her efforts with a bridge named in her honor, but Peggy is not one to sit on her laurels. She chugs on and continues to drive major accomplishments, including the lastest segment of the trail currently under construction along the Cannon River. Her infectious optimism keeps everyone’s spirits up and the momentum going on the long-term endeavor of building trails.

As part of her efforts, Prowe rallies supporters to come out in numbers to Parks & Trails Council’s Day on the Hill event, where they meet with legislators to advocate for trails. When she is not busy advocating for trails, she is organizing outings to get more people to use them. She helps organize weekly rides for seniors in Northfield to stay active outdoors.

She served on the board of Parks & Trails Council, was chair of the Southeastern Minnesota Association of Regional Trails, and was a member of the Northfield City Council from 1990 to 2000. She spent her working career in physical education, including 26 years at Carleton College.

About the Reuel Harmon Award

The Reuel Harmon Award is an annual recognition of exemplary service and outstanding achievements on behalf of Minnesota’s parks and trails. More on the award 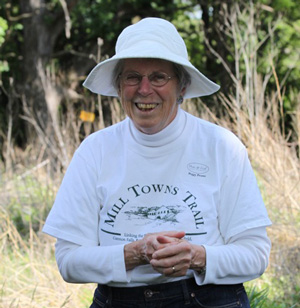