Over the years I’ve camped in these Upper Sioux teepees, and a friend I and had set up my camper nearby for a few days to await family coming up from Kansas City. Earlier I was chatting with a Dakota elder who spoke of the teepees and wondered how it might have looked back in the day … since this is along the Yellow Medicine River where Natives likely set up before Euro migration. So, yes, I worked for most of an afternoon and morning to gather an image that would feature the teepee along with the surrounding ecosystem … and in the midst the storm clouds gather in the west. All three elements came together for the image. My goal was to picture it with the surrounding prairie grasses and trees in as close to a moment in time as possible … away from the park trails and roadways. The image was made toward the end of June last year, 2021.

View all entries in the Southwest category

One of my favorite things to photograph is waterfalls. Prior to my driving down to Nerstrand Big Woods State Park to photograph Hidden Falls, I had only seen a few images of it, which was enough of an excuse to wander in that direction. By the time I was able to visit the park in November, Minnesota was long past peak fall color season. It was one of those cold days where you could see snow falling at any minute, and if I remember correctly, a few flakes did fly.

As we descended into the valley where Hidden Falls is found, I noticed the majority of the leaves had fallen from tree limbs and were now on the ground. There wasn’t another soul around. I was a little concerned with what the scene would look like, but when we arrived at the falls, many of the leaves were in the water. The deep oranges and reds were a beautiful contrast to the moss along the rocks composing the falls. The shoreline was also orange, and the sand of the riverbed offers a nice transitional tone between all of the colors. My primary purpose of the image was to show the leaves in the water on the flat part of the falls.

It was my intent to tell the story of the day with this image, though it takes a little investigation to see the tiniest of ice dams along a branch in the run-off area. When I look at this image, I want a cup of coffee, or tea. Something to warm me up and create that cozy feeling, while still wanting to be there in person.

View all entries in the Southeast category

The photograph was created in Gooseberry Falls State Park in late April of this year, before the water rose to the extreme levels it did a few weeks later. There’s something about the tree roots along the North Shore, something we can humanize. Perhaps, they are a great metaphor for life and all its complexities.

On the day this image was created, the water was rushing so loud, I had to use hand signals to communicate with the friend I was in the park with. I made my way down past the lower falls, in the background of the image, across the bridge, and onto the northern bank of the Gooseberry River. The trail forks after the bridge, and I made my way left, to the lowest point I could get to on the bank. Luckily, I was wearing waterproof boots as the water occasionally lapped over the edge I was standing on. The cool wind generated by the water movement made me nervous when focusing.

My preferred method of creating images is using long exposures. I use that technique to create a sense of motion, and to reduce glare from the sky. This technique also allows me to show the passing of time, and how a tree might see a world that changes at a much faster rate than itself. As I mentioned previously, the trees with exposed roots are such a good, understandable reflection of our lives as people – bits of chaos, intertwining sections, and sometimes clinging with all our might to what we hold dear.

This shot was sort of planned – I wanted to see the location, but with the weather and water flow, I didn’t know if it would be possible to capture what I was after. To be honest, I view a scene for much longer than I think about creating a photograph. The time I invest in just looking helps me hone in on what is calling my attention.

View all entries in the Northeast category

I have a strong fondness for tree/forest photography; especially pines and evergreens. We visit Itasca State Park often throughout the summer to kayak Lake Itasca. However, on a day in early August, we opted to bike Wilderness Drive. Since I look forward to moments when I can try to capture this iconic area of pines on Wilderness Drive, I took my camera with me on our bike trip. Luckily, when we arrived, the sun was filtering through the trees and casting multiple spotlights on various parts of the scenery. The filtered light added quality of softness to the strong curves of the road and the majestic stance of the pines.

View all entries in the Northwest category

A panel of judges will be choosing the winners using the following criteria:

1. Content – capturing the unique qualities, experiences or beauty of that park or trail. Photos from any season is welcome.

2. Composition – the framing and balance of elements within the shot.

3. Technical Quality – the lighting, crispness, color, focus of the shot.

All submitted photos (that abide by the rules and criteria) will be displayed on this page of our website and winners will recognized.

All photos (not just the winners) have the potential to be featured with photographer credit in our 2023 calendar. Any photographer whose photo is selected will receive two copies of the calendar, plus a discount on any additional copies. Note: we receive very few non-summer photos, so if you’d like to be featured in the calendar your chances are better if you submit a spring or winter photo.

Awarded as follows for each of the 4 categories. 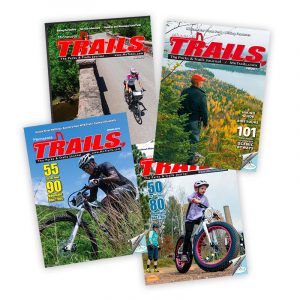 First place photos from each category will be published in Minnesota Trails Magazine, which is distributed to all state parks and many bike shops, plus mailed to P&TC members.

Submissions closed on October 1 and winners will be announced by October 12, 2022. Thank you to everyone who participated!