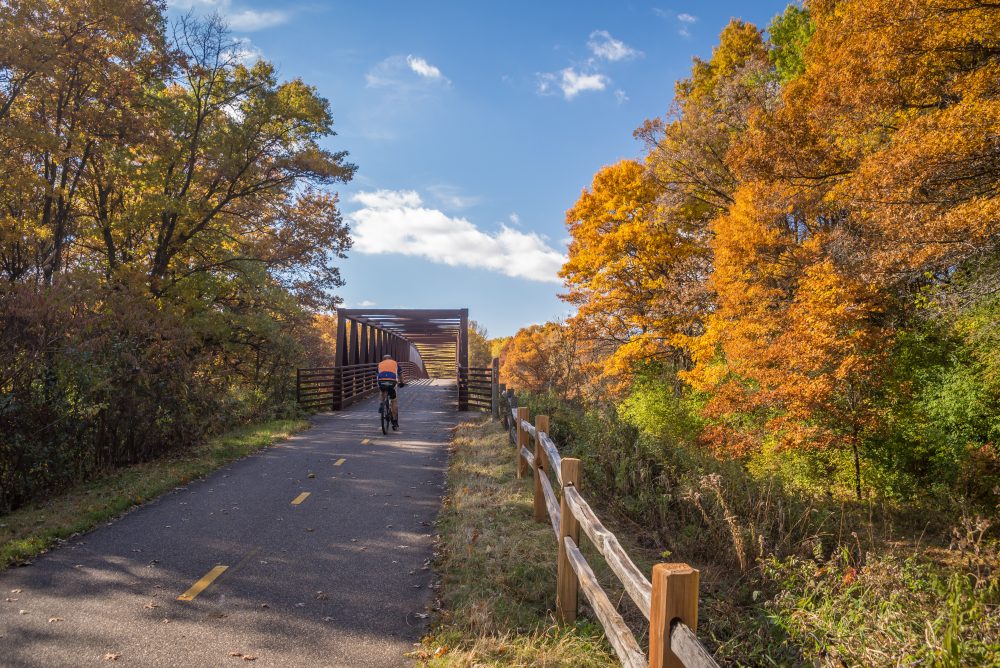 Gateway State Trail is an 18-mile trail with a southern end in St. Paul and winding through the suburbs of Maplewood and North St. Paul on through to a pastoral landscape in Mahtomedi and ending in Pine Point County Park.

Built on a former railroad, the trail is fairly flat. Portions of the trail have a dual tread for horse riding. The Brown’s Creek State Trail branches off from the Gateway in the northern portion of the trail.

It is one of the most used trails in the Minnesota State Trail system owing to it’s location near major concentrations of people and it’s scenic landscape. 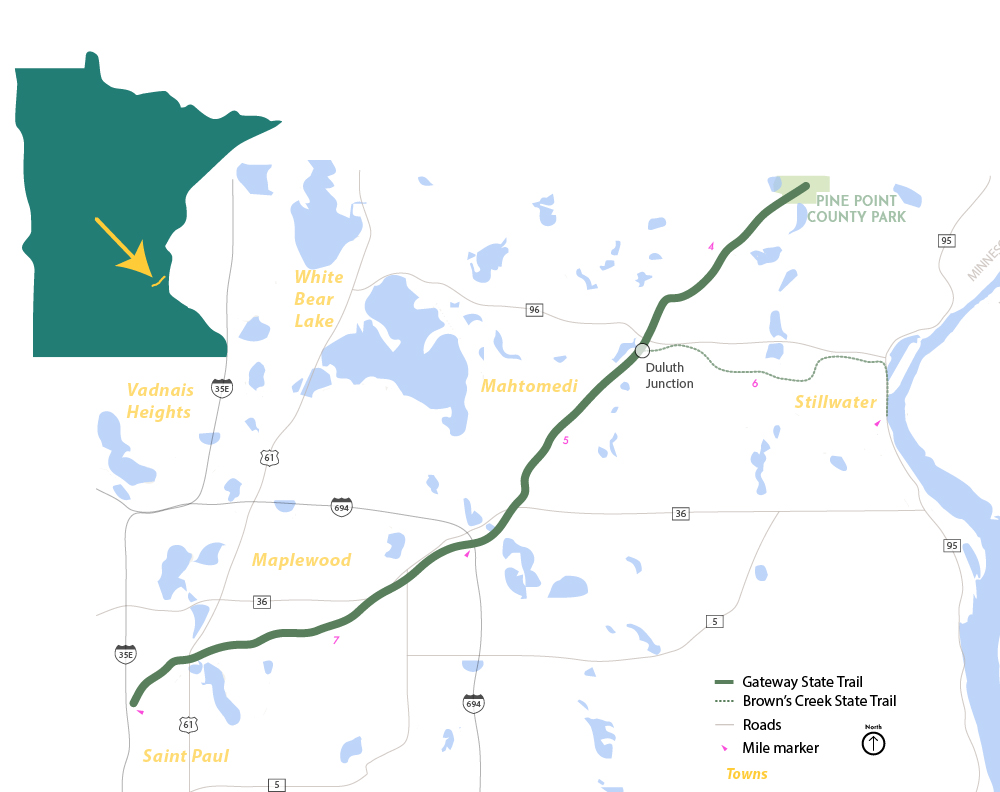 Go to virtual tour of the trail
View all Locations