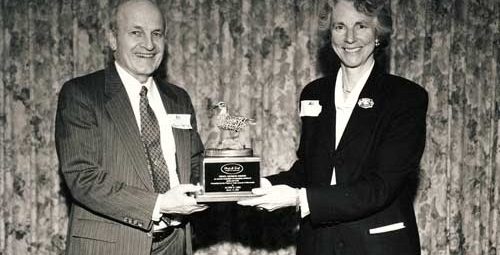 There is no individual more synonymous with Parks & Trails Council of Minnesota than Martin Kellogg. Martin’s connection to our organization starts in the 1960s. He served as P&TC’s president from 1979 to 1982 and he played a lead role in the creation of Grand Portage State Park.

In addition to his commitment to P&TC, he was one of the founders of the Voyageurs National Park Association and served as its president from 1970 to 1974, he helped launch the Minnesota Environmental Fund, and he served on or chaired the boards of the Metropolitan Council, The Nature Conservancy, the Minnesota Landscape Arboretum and the James Ford Bell Library at the University of Minnesota.