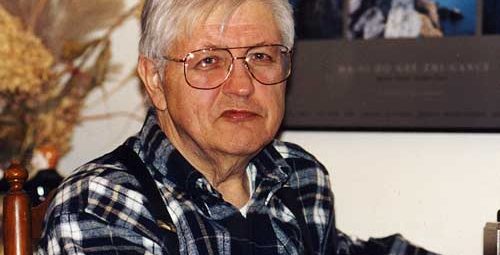 “My soapbox was waiting for me when I was born,” Lind said. “I’ve always taken that very seriously. My responsibility is to stand on a soapbox and holler.” (quoted in Duluth Budgeteer, 2002).

In 1974, he returned to his native Minnesota and settled in Twin Points on the shores of Lake Superior. There, he became a leading activist in the protection of Lake Superior from pollution. He joined the Save Lake Superior Association and worked on a successful campaign to force a major mining company to stop dumping toxins into the lake. For the next 20 years, he continued to lead fights against other potential environmental threats to the lake. He was a member of the Izaak Walton League of America and the Parks & Trails Council of Minnesota, where he became president and chairman, and he became known as a relentless advocate for environmental protection in Minnesota.

>>Bio of Alden Lind from Duluth Budgeteer: Still on His Soapbox