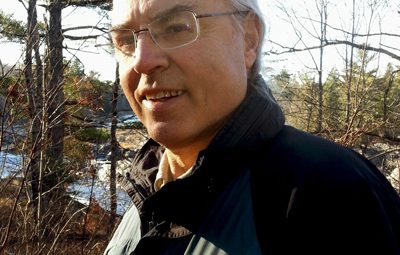 In Memory of Mike Tegeder

It is with great sadness that we share that our past president, Mike Tegeder, 67, died in the early morning of July 9. He leaves a legacy of dedication and preservation of Minnesota’s parks and trails, among his many accomplishments. He was diagnosed with cancer in February.

Tegeder served as president of Parks & Trails Council’s board of directors from 2012 to 2016, where he provided visionary leadership in acquiring land for parks and trails and ensuring a strong voice of advocacy for these special places. In total, he served 15 years on the board starting in 1997-2003 and again from 2007-2016.

“Mike was a kind, humble and courageous leader who left his mark on Minnesota,” said Brett Feldman, executive director of Parks & Trails Council. “He was truly inspirational in his sense of duty to preserving land for people to experience the great outdoors.”

During our annual dinner on Mar. 30, Tegeder delivered what would become his last public speech. It was a moving reflection on the importance of land conservation, which he linked to his understanding of Dakota and Anishinabe cultural connections to the land in Minnesota, which he learned in part through his work as a priest at an American Indian parish.

Also during that event, we distributed tokens inscribed with the words “bike/hike/paddle/recreate with a loved one.” Inspired by the way Tegeder was always so willing to share his love of the outdoors, we asked everyone to follow his lead and “pass it on.” Many people have been honoring Mike in this special way and are sharing their Pass It On experiences on our website.

As a priest at two parishes and strong advocate for what he believed was right, which led to a courageous and public battle with some of the church leadership, Tegeder remained steadfast in his dedication to Parks & Trails Council. “Despite the demanding responsibilities he assumed in his other lifework, he never once wavered in his service to parks and trails,” said Feldman. “He was a person you could always rely on to be there to bring a calm, positive outlook in the face of challenges many others would have found discouraging.”

Tegeder’s generosity and kindness will be missed by many. He diligently wrote, “Letters from the President” in both our newsletters and Minnesota Trails Magazine. We have curated a number of these articles that we are now sharing on our website.

For those of you who would like to attend, there will be a Mass of Christian Burial on Wednesday July 20 at 7:00 pm, with visitation two hours prior, at:

In lieu of flowers, the family has asked to please consider donating to Parks & Trails Council of Minnesota or the National Multiple Sclerosis Society; or to your choice of charities.