Over the years, the Chester Woods Trail Group has recognized the value of building and maintaining relationships with elected officials.

Each year, the Chester Woods Trail Group typically sends a number of folks to the Day on the Hill event. They join the morning discussions and learn from the presentations about park and trail issues happening at the legislature during that session. Then, in the afternoon, they attend meetings with their representatives and senators to discuss any tasks and provide an update on the long-term trail development. Additionally, the group will schedule appointments with other legislators in the Southeast Minnesota region as well as leadership in certain committees where particular bills are headed. 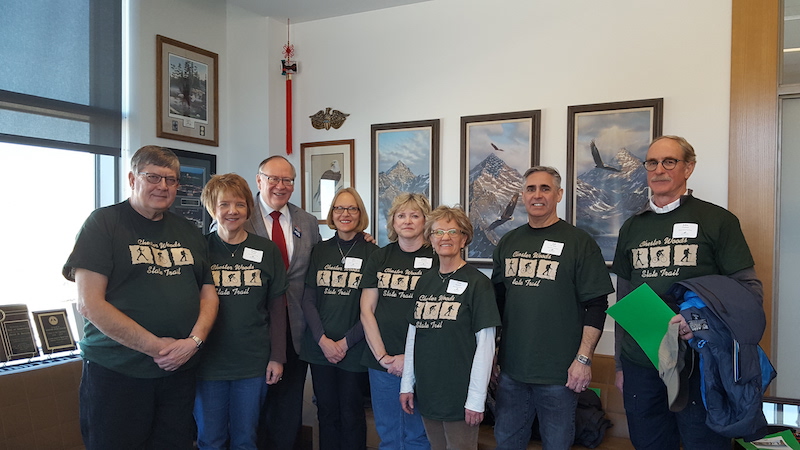 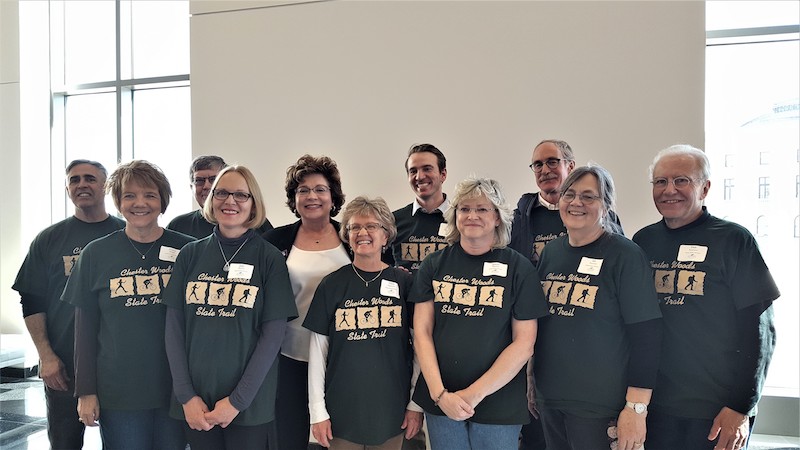 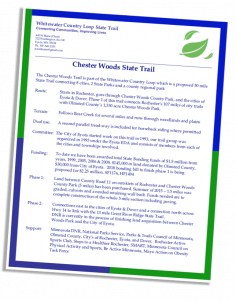 After that busy day at the Capitol, the group will send followup thank you notes and continued updates to the leaders they met with. See an example of the one-page update they used in 2018 to keep their supporters and elected officials in the loop about what was happening with the trail.

In addition to meeting with their state legislators at the Capitol during the session, the Chester Woods Trail Group also invites them to join one of their group meetings each year. This alternative setting, on location in their representative’s district, is an important touchpoint when the legislature is not in session.

Finally, one other tool that has proven helpful in building their relationships with state elected officials was to get on the senate bonding tour. 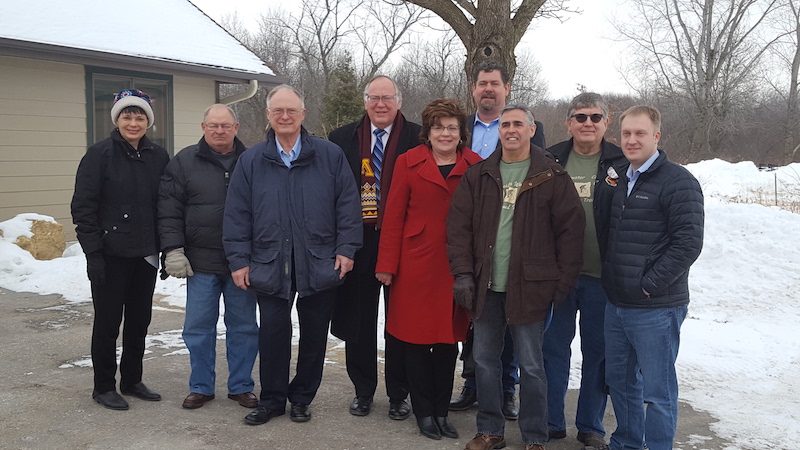 Chester Woods Trail Group meets with senators during a senate bonding tour in 2018.

The Chester Woods Trail Group also engages with elected officials at the county and city level. The group attends a county board meeting every few years to make sure they remain in the loop. Additionally, the group has a strong connection with the City of Eyota (as the group functions as a Economic Development Authority under the City of Eyota), so attending a city council meeting each year has been a great way to touch base and provide updates.

Keeping the conversation going is key

Each time the group meets with an elected official, there are a number of things they like to discuss.

“The one-on-one meetings are so important.” – Jeff St. Mane

The group’s steadfast commitment to interacting with elected officials has been a huge support in securing funding for the trail—most recently $2.5 million of bonding money from the 2018 legislative session to install pavement for the trail from Rochester to Chester Woods Park. They will continue updating their representatives on the progress of this phase of trail development and start discussions about what is next! 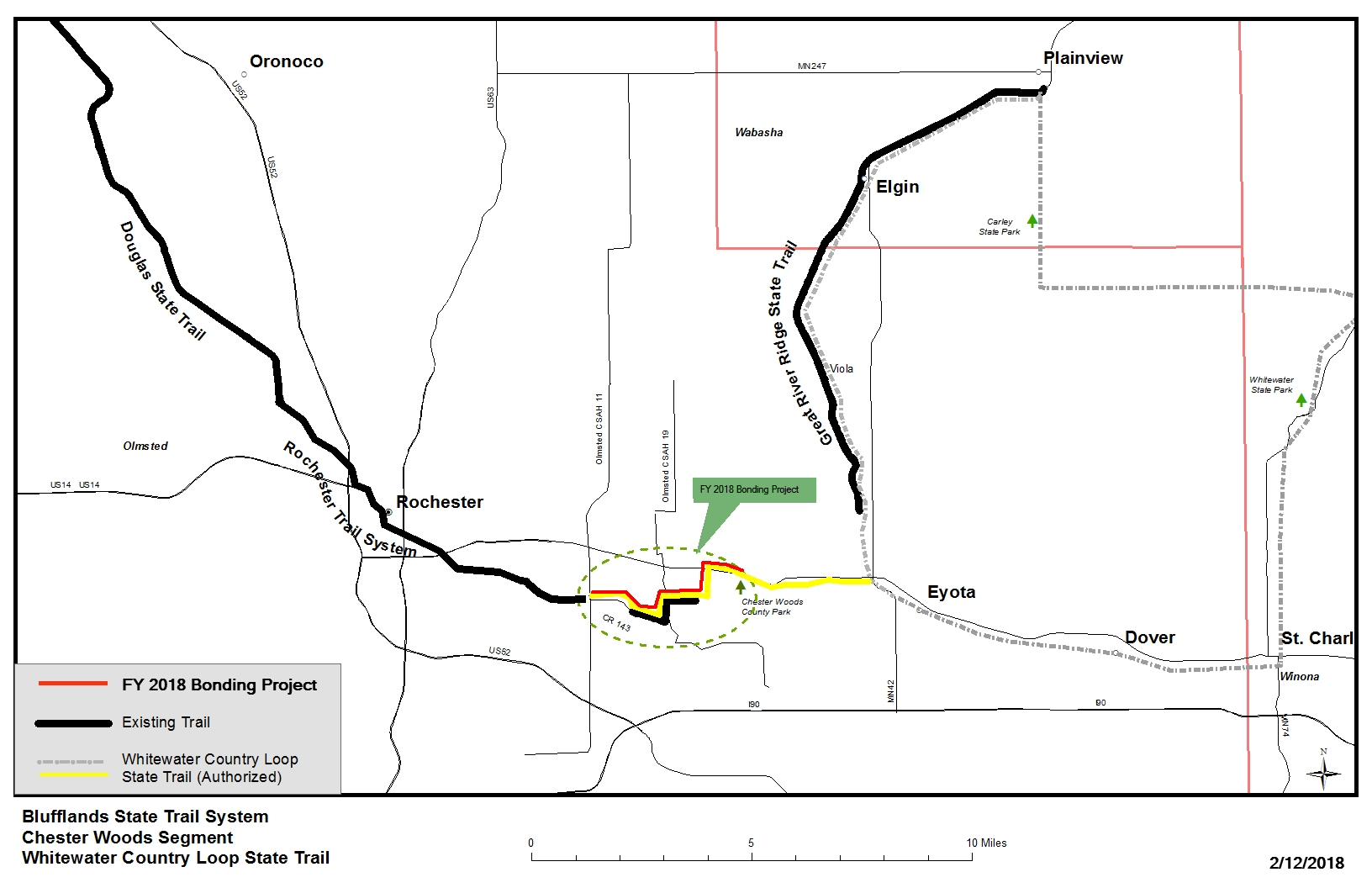