Popular destination in Kandiyohi County was designated on April 23, 1919

Celebration events are planned throughout the summer to honor 100 years of Sibley State Park, according to the Department of Natural Resources. The park, in west-central Minnesota, is named for the state’s first governor, Henry Hastings Sibley, and was funded by the state Legislature and designated as a state park on April 23, 1919.

“Sibley State Park is a special place for many people,” said park naturalist Kelsey Olson. “All are welcome to help us celebrate throughout this year.”

The celebrations, starting with the April 23 anniversary, will feature historical hikes, canoe paddles, live music and many more events. The family-friendly parties will also provide historical context for park visitors. Guests can also participate in the 1+9 1919 Celebration Punch Card Club, where participants can earn an invitation to a private centennial party if they attend ten programs this year.

“Whether it’s the lakes, the prairie, or the breathtaking views from Mt. Tom, people really treasure this place,” said Sibley State Park manager Jack Nelson. “We know there are family traditions rooted in this park, so it’s important that there are activities for all ages to enjoy.”

The park was originally established as a game refuge in 1917. But due to its popularity and need for protection, it became a state park two years later. In 1935, the federal government sent the Veterans Conservation Corps, which consisted of World War I veterans, to build roads, trails and camp facilities. Many of those structures, including the log-and-stone buildings, still stand today and give the park its distinct look. 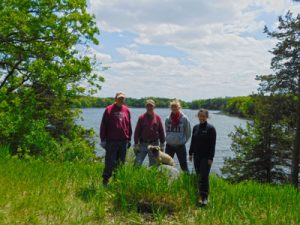 The park has seen many changes throughout the years. Originally high prairie, VCC workers created important park features such as the beach on Lake Andrew and the stone structure atop of Mt. Tom. Improvements continue, with Conservation Corps working with park management to restore the viewshed from Mt. Tom. The Sibley State Park Improvement Association, has acquired 200 acres to add to the park with the help of the Parks and Trails Council. These partners are also funding the planting of native plants and trees around the cabin area.

Renovations to the Lake Andrew beach area are ongoing, and community volunteers will work with the Sibley State Park Improvement Association Friday and Saturday (April 26 and 27) to plant native trees around the cabin area. A spur running from the park to the Glacial Lakes State Trail in New London is also in the works.

Celebration events will be held several times each month through summer, beginning with a guided hike and Sibley State Park’s Centennial Social on April 23. A day-long celebration scheduled for June 8 will feature Voyageur canoe rides, an old-time softball game and live music with Siama Matuzundidi.

A full calendar of events is available on the park’s webpage dedicated to its 100 year celebration. More information about Sibley State Park can be found at mndnr.gov/sibley. 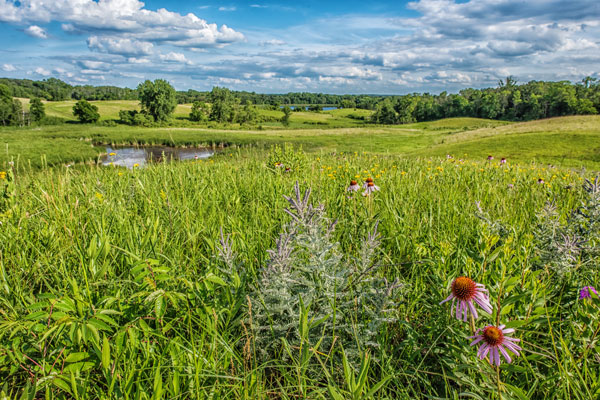