The 2019 Legislative Session wrapped up with Gov. Tim Walz signing the omnibus budget bills into law on May 31. Despite some unsettling moments in the midst of session, when the Senate proposed drastic General Fund cuts, a compromise was eventually reached and it ended up being a satisfactory year for Minnesota’s parks and trails. Below are the highlights from the key areas where we advocated. 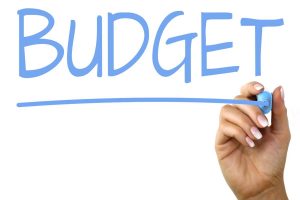 This year the Legislature’s main job was to pass a two-year state budget. Included in this budget is a infinitesimal, yet critical number that represents the money needed to operate Minnesota State Parks and Trails. To be precise, this number represents one tenth of one percent (0.1%) of the State’s total budget; and yet even such a small budget item was one that had to be hard-fought to maintain.

We’re happy to report that ultimately the Legislature passed a two-year budget for Minnesota State Parks and Trails that fully funds the needs identified by the agency. They will receive $27 million per year from the General Fund; an amount that fills the $3 million gap experienced in the previous budget. As such, visitors can expect the same care and attention from their park and trail experiences this summer that they have come to rely upon.

Part of the budget debate this year (and in previous years) revolved around which sources of funding should be used to operate parks and trails. We firmly advocate that the General Fund remain the primary source for operating Minnesota State Parks and Trails. This year some lawmakers suggested using the Environment and Natural Resources Trust Fund, to accomplish things that had previously been done with the General Fund. In previous years similar suggestions have have surfaced in reference to the Legacy Fund. Such a shift betrays the funds’ intended purposes, which was to supplement traditional funding sources like the General Fund and not be used as a substitute, and we vehemently oppose any such attempt.

The budget bill also funded Metropolitan Regional Parks and Trails at a rate the remains flat from the previous biennium, and this should provide sufficient funding to maintain current service levels.

In addition to the budget, the Legislature oversaw the process for funding special conservation projects from the Environment and Natural Resources Trust Fund, a fund created through State Lottery proceeds. We respect and work to uphold the rigorous process employed, in which proposals are vetted by the Legislative-Citizen Commission on Minnesota Resources (LCCMR), a 17-member committee comprised of legislators and appointed citizens. We are happy to report that all 12 of the LCCMR-recommended park-and-trail-projects were funded this session. Plus, a deal was made to correct the misuse of funds experienced during the 2018 Legislative Session, resulting in an additional project being funded beyond the recommendation. Below is the full list of projects.

Going into the 2019 Legislative Session, there was concern that the lack of an agreement for for how to allocate Legacy Funds among jurisdictions (State, Metro and Greater Minnesota) could lead to disagreement among partners. In the end, the Legislature abided by the same allocation used in years prior, with 40% to DNR, 40% to Met Council and 20% to Greater Minnesota.

Going forward, the Legislature is requiring the DNR Commissioner to convene a nine-member working group with equal representation from the three jurisdictions to develop consensus recommendations for the future allocation of the Parks and Trails Legacy Fund. We fully support this action as it provides an intentional process for all jurisdictions to discuss equity, coordination and balance between the needs and priorities of Minnesota’s three major park and trail systems. 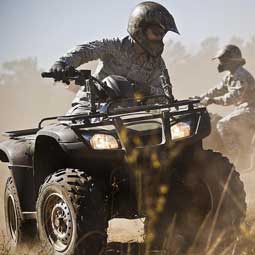 Attempts to open up state parks to off-highway vehicles (OHVs)—such as ATVs, four-wheelers, and dirt bikes—have come in a variety of ways over the past several years despite the fact that the Minnesota Outdoor Recreation Act prohibits such activity. Knowing there is overwhelming opposition to changing this law, a handful of legislators—Reps. Dan Fabian (R-Roseau), Dale Lueck (R-Aitkin), Rob Ecklund (DFL-International Falls), Sens. Mark Johnson (R-East Grand Forks) and Andrew Lang (R-Olivia)—tried to advance a bill (HF 48/SF 1568) that aims to change the law incrementally through a pilot project that would allow all-terrain vehicles (ATVs) to use the campground and access routes within one of the state’s more lightly-used state parks at Hayes Lake. These companion bills never made it out of committee thanks to strong opposition from key environmental committee chairs Sen. Carrie Ruud (R-Breezy Point) and Reps. Rick Hansen (DFL-South St. Paul) and John Persell (DFL-Bemidji). We expect momentum for this bill to continue to build next session as it is still in play for the second year of the biennium.

We are happy to report that immediately following the legislative session the DNR, through a lengthy public-input and planning process, determined that the best place for an ATV campground was in the Beltrami Island Forest outside the boundaries of Hayes Lake State Park near an extensive network of existing ATV trails.

Bonding bills to fund building and infrastructure projects have traditionally not been passed during budget years. Nonetheless we were prepared with a list of projects in case lawmakers decided to push for one, as has been known to happen in recent years. In the end no bonding bill was passed in 2019. This will be the primary focus of the 2020 Legislature.

We’d like to give a special thanks to the following leaders: