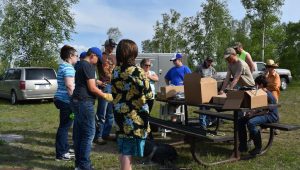 On Saturday June 8, a group of people gathered at Zippel Bay State Park to construct a deer exclosure—to protect young pine trees in approximately 6 acres of the park from being grazed on and killed by deer in winter.  The ex-closure is about 800 ft long by 300 ft wide with one gate and is located along the road to the Group Camp, just off the road to the beach.

The hardy volunteers and helpers came from the Friends of Zippel Bay State Park, staff members from the park, members of Boy Scout Troop 62 of Baudette, and area residents, all led by project leader Mike Hirst from the Friends Group. The project was funded by a grant from the Parks & Trails Council of Minnesota, obtained by the Friends of Zippel Bay, for habitat restoration. This project helps ensure that 40, 50, 100 years into the future people will still be able to come to Zippel Bay Park and enjoy the natural beauty of our area. 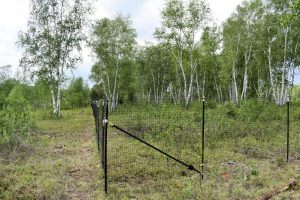 The ex-closure was built in an area that had been logged off because the trees there had become mature and were beginning to die off because of “old age.”  They were mainly jack pine, and the young trees that have been planted to replace them include white pine, spruce, red pine, as well as jack pine.  The modern exclosure isn’t far away from an older fenced in area, to the southeast, that illustrates the potential effectiveness of such an ex-closure.

The Friends of Zippel Bay State Park is always looking for new members and meets on the first Tuesday of each month at 6:00pm, in the basement of the 1st Congregational UCC at 303 N. Main Ave in Baudette.  The Friends are trying to find a snowmobile they can use to groom the Cross Country Ski Trails at the park in the winter.  If you are interested just come to the meetings.

Thanks to all that came and helped with the project.  Especially thanks to Mike Hirst for heading up the project and the camp staff that gave up days off to help out. Everyone worked hard, learned some things, and even at the end of a long hot day, we were still smiling and laughing. A mother of the one of the scouts was heard to say the next day, “When he got home, I never heard a peep out of him.” 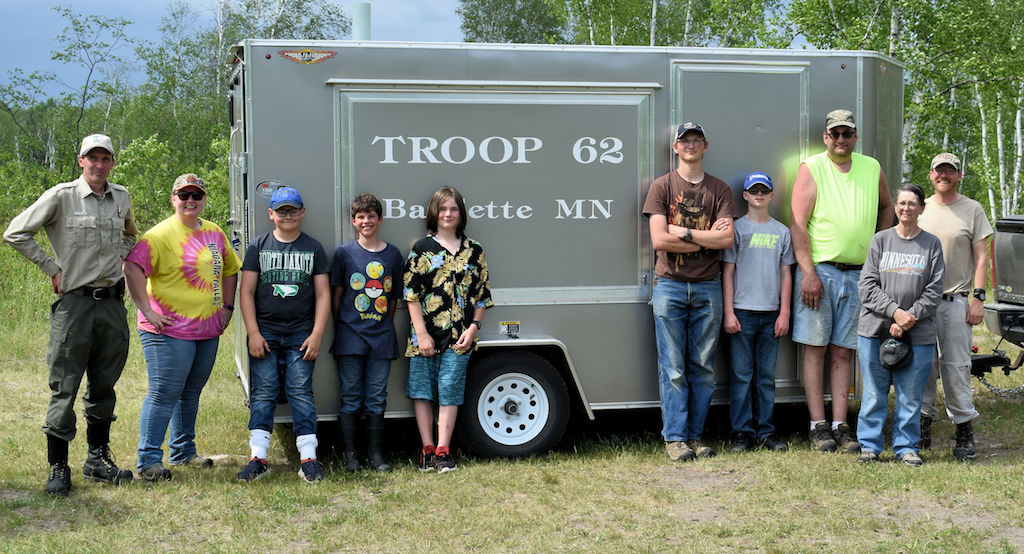