Upon arrival to the park, the kids gathered in the visitor center for a quick welcome. When asked, “How many of you have never been here before?,” almost every kid raised their hand. They were excited for a day filled with adventure! The kids were split by age into two groups, each paired with a leader to take them through a variety of activities throughout the day. 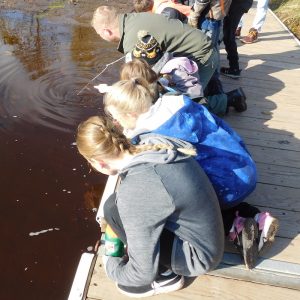 On a hike, kids meandered down a trail, pointing out or picking up things they had questions about—a dead vole, a bright red berry bunch, an especially pretty or sizable fallen leaf. Naturalist Mike Dunker chimed in with tidbits of information about various plants and animals, prompting even the adults to comment, “Oh, I had no idea. How cool!” Dunker shocked the group when, after cutting open and describing the bulbous forms on goldenrods that are created by the goldenrod gall fly, he popped the larva into his mouth, claiming he needed a trail snack. Shrieks of disgust and awe prevailed! After Dunker found a few more larvae in other bulbs, a few brave volunteers (a student and a chaperone) decided they were interested in trying this newfound “trail snack.”

Throughout the day, some kids noticeably warmed to being outside and in nature, stepping outside of their comfort zone of hiking close the chaperones to tromping through leaves and brush in a race to find geocaches hidden around the visitor center. They had the chance to sing along with a musician in the visitor center. They dissected owl pellets, learning about skeletons and owl digestion. They used technology to go on a scavenger hunt, taking pictures of the wonders they found. All in all, the day was a rapid fire series of activities that sought to build connection to and curiosity of nature. 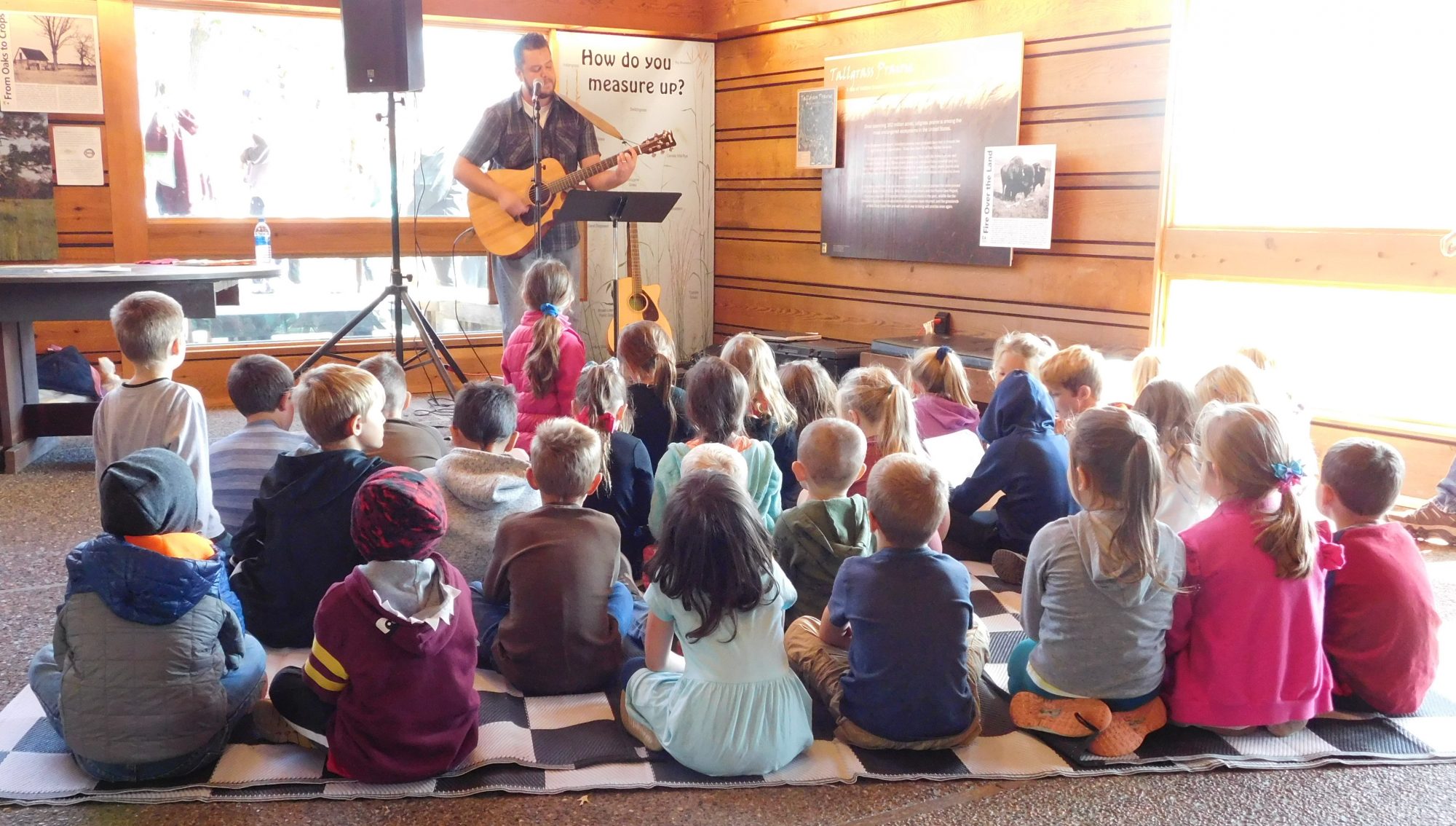 In a conversation with Becky Leuer, President of the Friends of Wild River, she described that when the group was planning this field trip, they made it a priority to provide this opportunity to kids who live near the park. They believe these kids and their families are future stewards of the park. In addition to this field trip, Friends of Wild River does support other school and youth trips to the park by providing transportation funds to selected groups.

This project was one of five grants under Parks & Trails Council’s Youth Engagement Grant Program. Read about that program and the other projects here.