Connecting with the Community through the Radio

Friends of Chester Woods found an interesting way to connect with their broader community—through the radio. We’ll take a journey through the behind-the-scenes process that brought them on air.

KRPR 89.9 is a Classic Rock radio station in Rochester, and every two weeks they host a “Nature Notes” spot. This show features an interview with the naturalist at Oxbow Park, which is like the “sister park” to Chester Woods Park. On the show, they will talk about some natural history or goings-on at Oxbow Park. With the 25th Anniversary of Chester Woods Park happening in 2020, the naturalist at Oxbow Park asked the Friends of Chester Woods if they would be interested in talking about the Park’s 25th Anniversary and the events they were planning to celebrate on one of the upcoming “Nature Notes” shows. 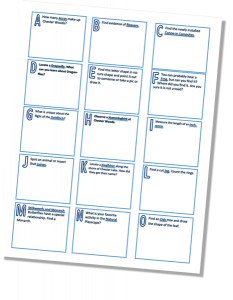 This radio feature was planned quite some time ago—before the COVID-19 pandemic situation that prompted many upcoming events to be cancelled, including many of the 25th Anniversary events. So, when the date was nearing for the radio spot, Friends of Chester Woods needed to identify what they were going to talk about! After some brainstorming, they decided to create a new activity, the ABCs of Chester Woods, to promote the 25th Anniversary and encourage folks to enjoy the park, despite many upcoming events being cancelled.

To get ready for the interview, Ernie Freudenburg, Friends of Chester Woods President, prepared his talking points. Then, a few days before the radio spot, he called in to talk with the radio host so they each knew what to expect. While they were conversing, the radio host decided: well, let’s just record the interview now! So, they recorded the interview ahead of time so it could be broadcast during the “Nature Notes” regular time slot.

When the time came for airing, Ernie hopped on his computer in order to record the interview. He streamed the radio broadcast from their online streaming service and recorded the audio through an app on his computer. Listen to the audio below, posted with permission from KRPR and Friends of Chester Woods.

This radio interview endeavor was a first for the Friends of Chester Woods. They were able to plug into an existing program spot, which made the barrier of entry into radio pretty manageable. The Friends will certainly be spreading the word about this interview and the “Nature Notes” program with their network. While this specific interview was planned before the pandemic, it was a well-timed opportunity to remotely connect with a broader community and share more about the park. Though radio promotion isn’t a regular part of the group’s outreach, it is possible they will try to do radio spots again in the future.

When asked what advice he would give to other friends groups considering a radio spot, Ernie said: It’s important to find something specific and new to talk about, such as highlighting an engaging opportunity to participate in.