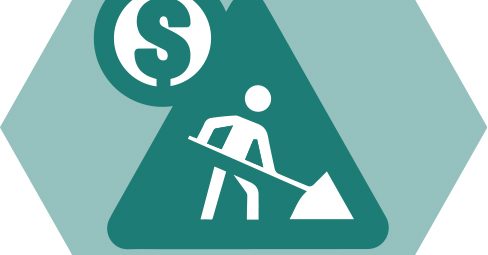 The Minnesota Legislature wrapped up their second special session on July 21 without passing a much anticipated public construction package, which would have funded numerous park and trail projects. Now, all hope rests on a third special session, which Gov. Walz will likely call in August to extend his peacetime emergency powers.

Status of priorities at end of 2nd special session

No bonds to fix critical infrastructure at state parks and trails

In January, the DNR identified $137 million worth of infrastructure projects (e.g., rehabbing roads, shower buildings, bridges, water systems, etc.) across their divisions (e.g., parks and trails, forestry, fish and wildlife, etc). Gov. Walz recommended $70 million in bonds for this purpose. The House included $65 million and the Senate only $19 million. In the end, no Bonding bill was passed, leaving these projects unfunded, heading into a third special session in August.

Using our 2018-19 State of the Trails Report, which inventoried state trails condition and projected their lifespan, P&TC urged lawmakers to invest $4.8 million annually in trail rehab. The legislative session started promisingly with bills appropriating this recommended amount. Unfortunately, the bill hearing was canceled when the Legislature initially shut down for COVID-19 and stalled. P&TC remains active on this issue.

For the past several years, P&TC has been actively opposing attempts to change state law to allow off-highway vehicles (OHVs) in state parks. So far, no attempts have appeared in this year’s bills, but we continue to monitor the Omnibus Environment bill for any such attempt. This bill is currently stalled, but could be resurrected during the next special session. P&TC remains active on this issue.

For years, the grants established under MN Stat. 85.019 have helped to acquire, develop, and enhance parks and trails within city and regional systems. P&TC advocated for $4 million in bonds for these grant programs, which Gov. Tim Walz and the House included but the Senate did not. Ultimately, no Bonding bill was passed, leaving these grants unfunded through bonding, heading into a third special session in August.

No State Lottery proceeds invested in parks and trails

Generally, the Environment and Natural Resources Trust Fund (ENRTF), which is funded by the State Lottery, is appropriated according to recommendations from the Legislative-Citizen Commission, but this year’s recommendation lacked a supermajority. Nonetheless, both chambers passed bills that included: $2.4 million in grants for local and regional systems, $3.5 million for acquisitions, $994,000 for trail development, and $450,000 for the Superior Hiking Trail. No bill was approved by the divided Minnesota Legislature, leaving these project unfunded, heading into a third special session in August.