Lake 21 is serene, wilderness-like place whose fate is now secured to remain that way. On October 5, Parks & Trails Council of Minnesota (P&TC) sold land to the MnDNR that brings the entire shoreline of this lake under the management of Sibley State Park.

This project began in 2017 when P&TC bought the only parcel of privately owned land on the lake. It encompassed 15.8 acres with over 400 feet of shoreline (see map below). 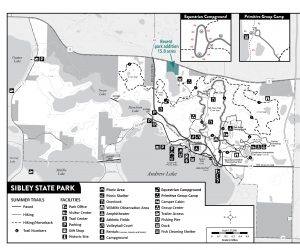 The previous landowner had passed away and his family decided it was time to sell. Unfortunately, the timing didn’t work for the MnDNR. They were unable to buy then, even as the land was already within the legislatively authorized boundary for Sibley State Park—other constraints got in the way.

Knowing how critical this land was, the volunteer-based Sibley State Park Improvement Association (SSPIA) asked P&TC to acquire it before another private entity did.

SSPIA member (and former park manager at Sibley) Dave Lais recounts how, decades prior, the MnDNR came close to acquiring this parcel. But, they were outbid by a high-end developer. Ultimately, those plans never materialized thereby keeping alive the possibility to eventually add it to the park.

Yet, even as costly new developments were never built, decades-worth of older developments sat on the land. Removing these was a major endeavor undertaken with the help of SSPIA (see sidebar).

Today, the only development on Lake 21 is the nearby primitive group campsites, a fishing dock and an access for campers to launch nonmotorized watercraft. The future now holds the possibility for a new trail to circle the lake and allow all park visitors to enjoy this natural, wilderness-like lake. 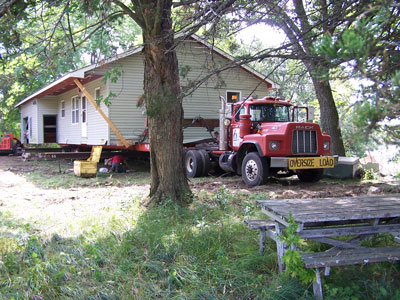 House being removed from the land. 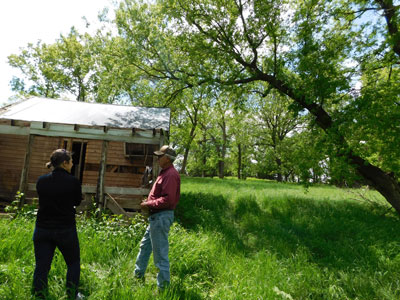 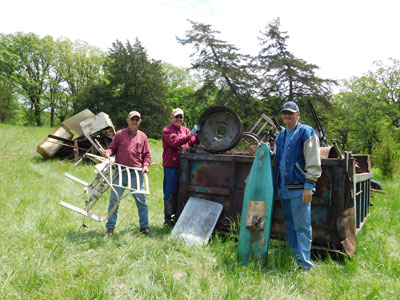 Volunteers with the Sibley State Park Improvement Association clean up the land. 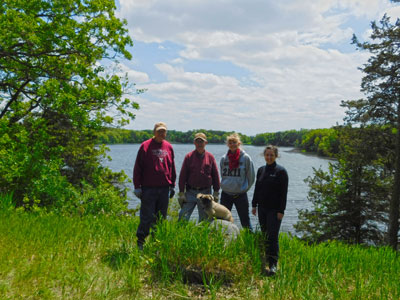 Work day at the land we acquired for Sibley State Park

Sibley State Park Improvement Association partnered to restore the site; they volunteered 366 hours of labor on 52 work days to: