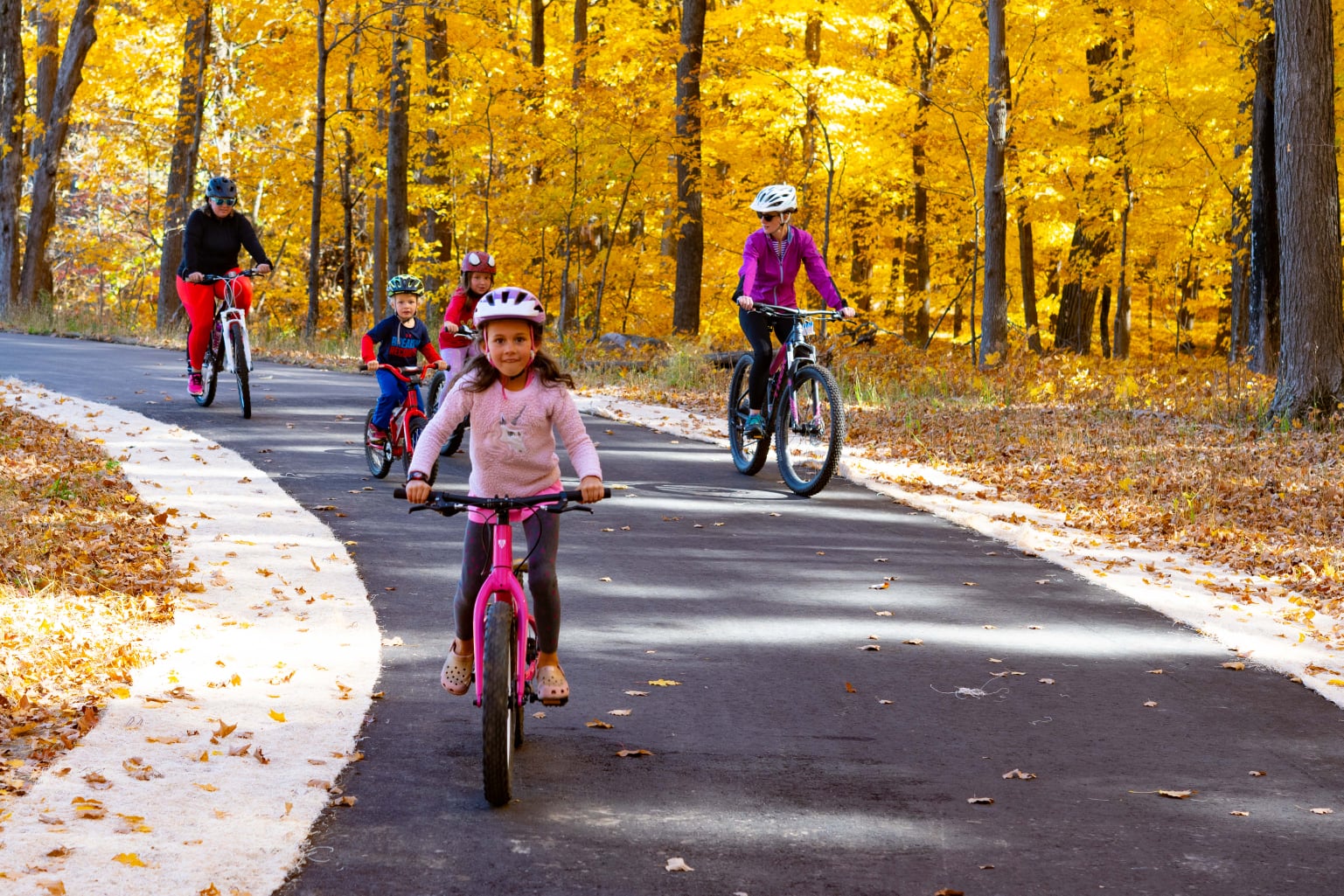 Bicylists enjoying the new segment of the trail in Interstate State Park. (Courtesy of Joe Sausen) 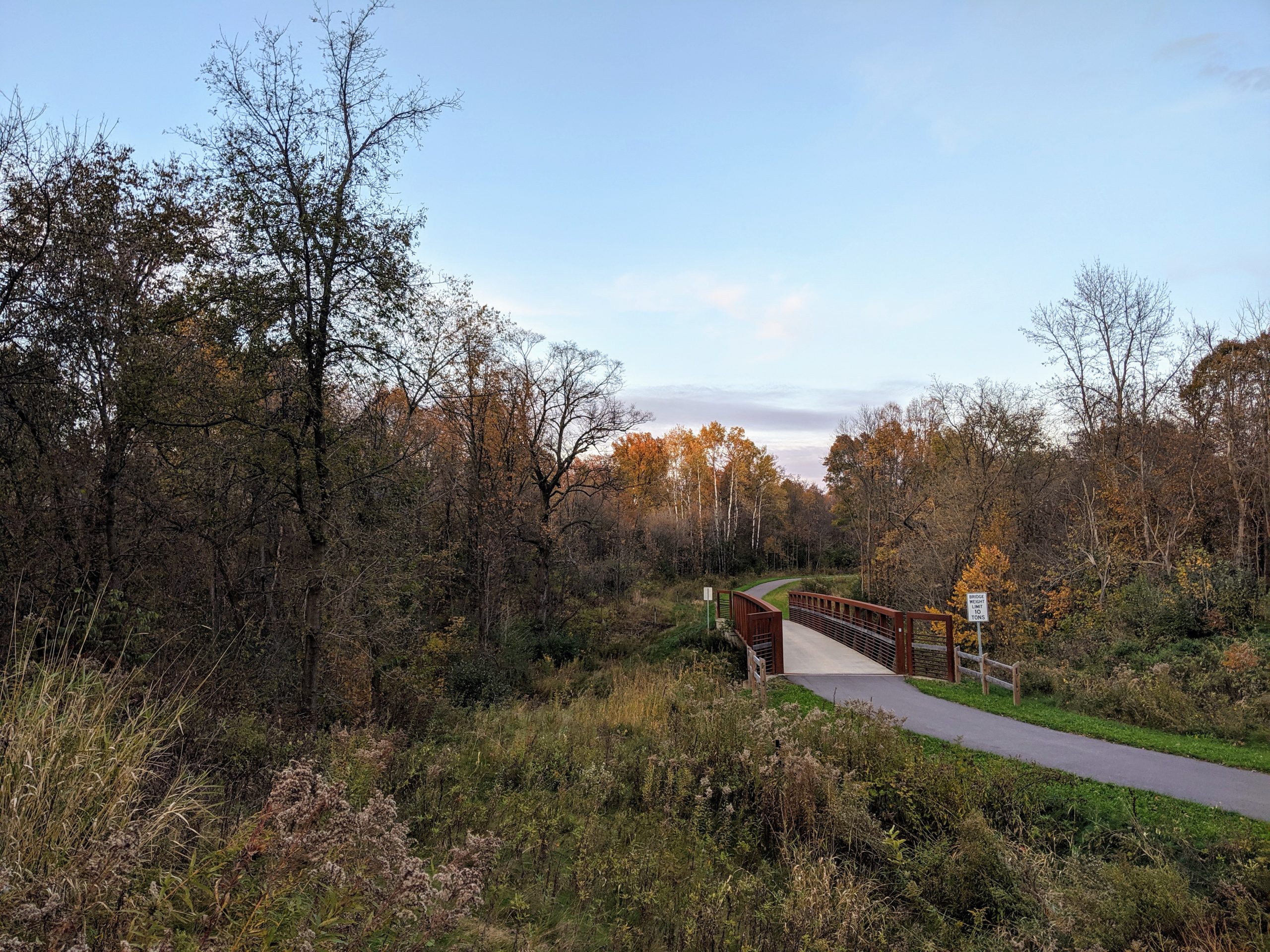 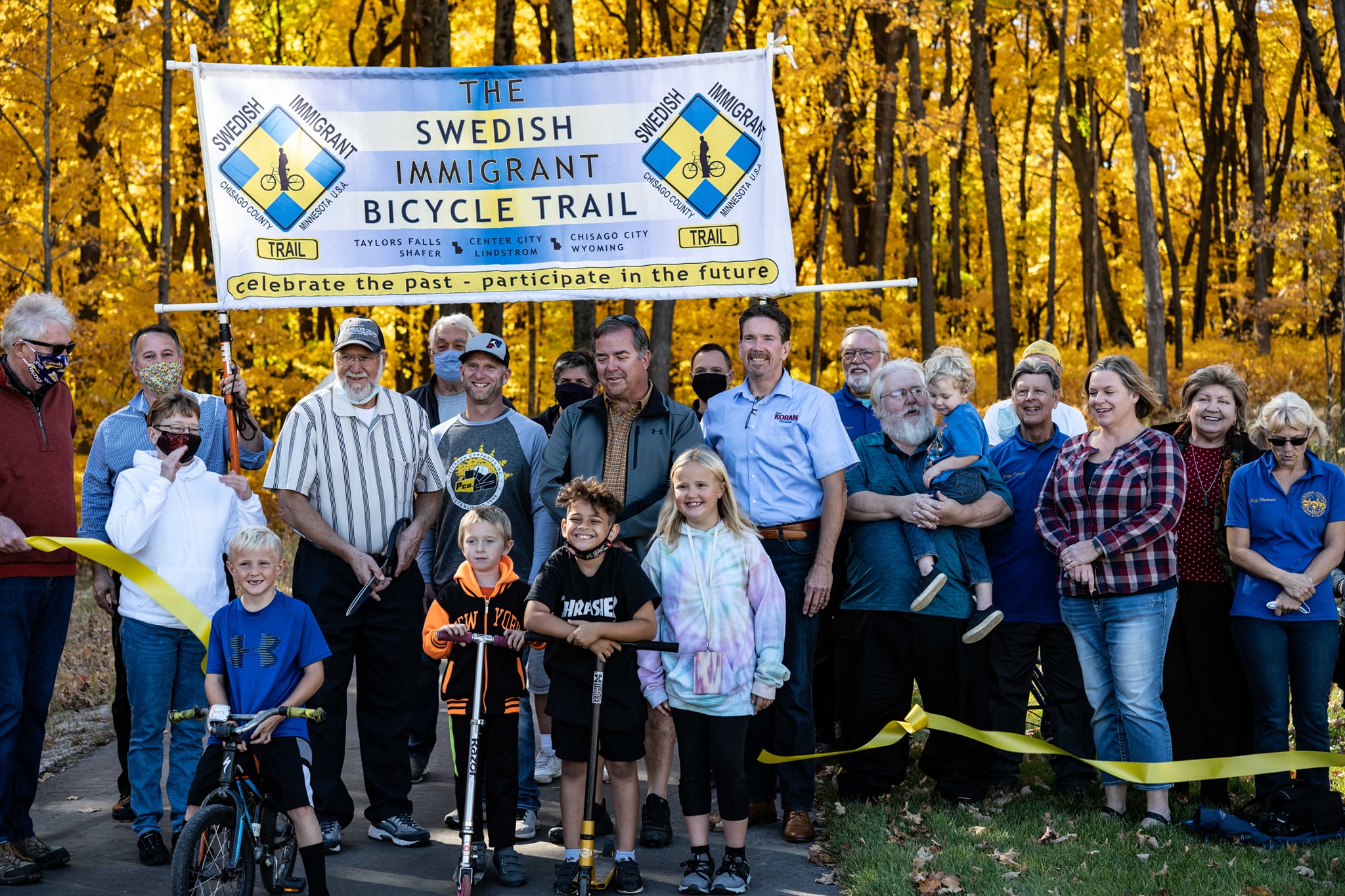 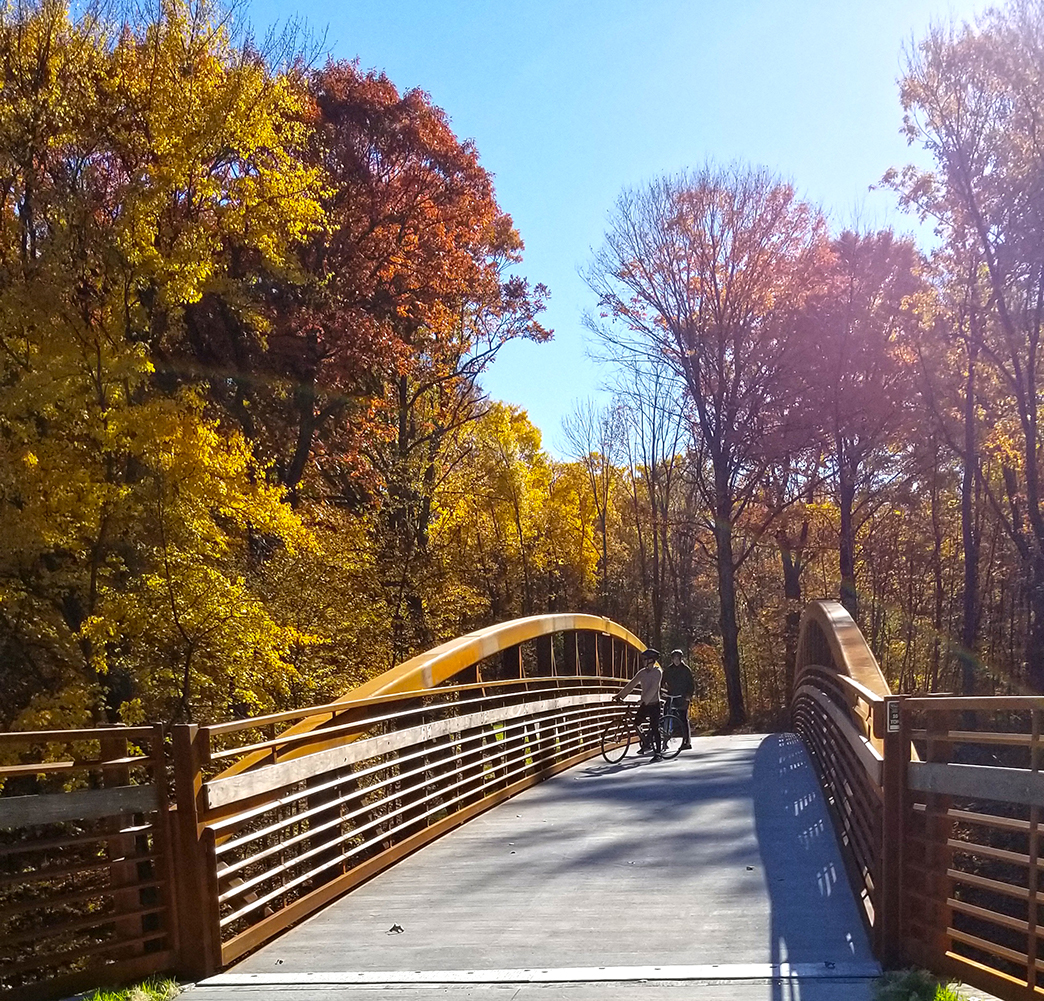 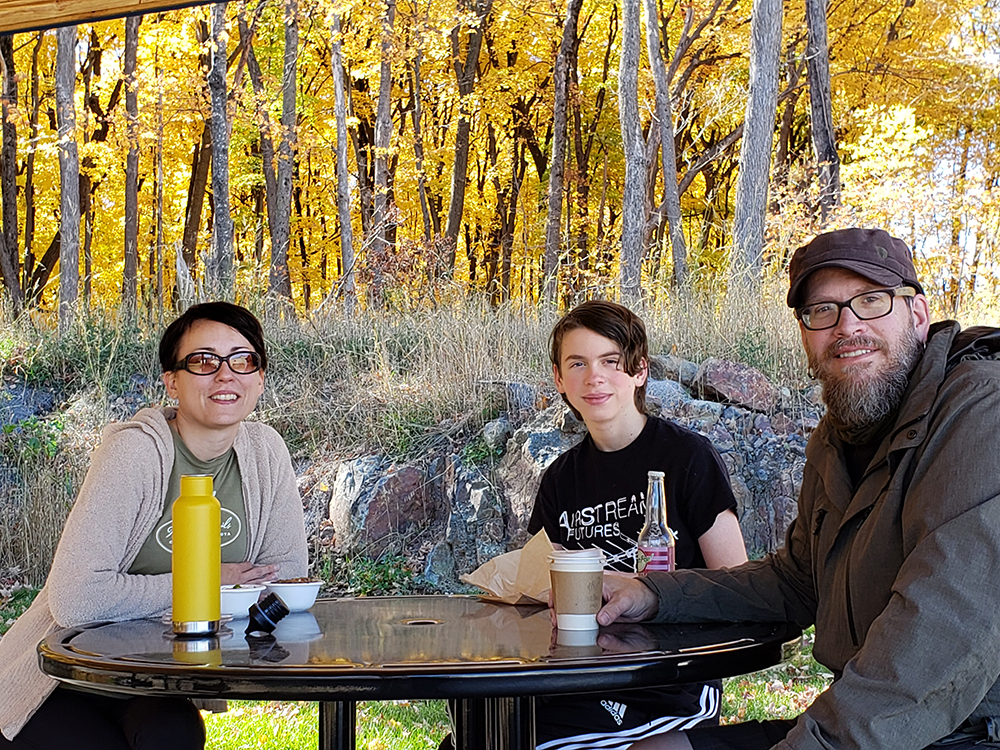 On a perfect fall day on October 10, a small group of people gathered for a ribbon-cutting for the newest half-mile segment of the Swedish Immigrant Trail. This extension is small in length, but big in impact as it connects into Interstate State Park with giant maple trees and dramatic ravines.

This portion of the regional trail now totals 6.4 miles and includes a newly built trailhead that shares a parking lot with the Taylors Falls City Hall/Fire Department. The trailhead also features a landscaped picnic shelter.

Construction on this segment began in summer 2019. The project cost $2.25 million, which was funded by the Environment and Natural Resources Trust Fund. One of the more complicated elements was constructing a 160-foot bridge over a ravine. Additionally, planners completed extensive plant surveys to route the trail around large trees and sensitive plants.

“Each one of these trees got a name,” said Joe Sausen, a volunteer with the Chisago County Parks and Trails Foundation, referring to the thorough cataloging process. “It gives me goosebumps,” he said when describing how thoughtful the planners were in identifying each tree and how dedicated they were to preserving them.

“We’ve been working on this for 20 years,” said Sausen. “Many people told us it couldn’t be done.” He attributes the success to persistence and to the support of local politicians who got on board and embraced the project. He adds that when Parks & Trails Council endorsed the project in 2015 it gave them a boost and momentum grew.

Next, advocates want to connect the two separate trail portions. The western portion runs for four miles between Chisago City and Center City