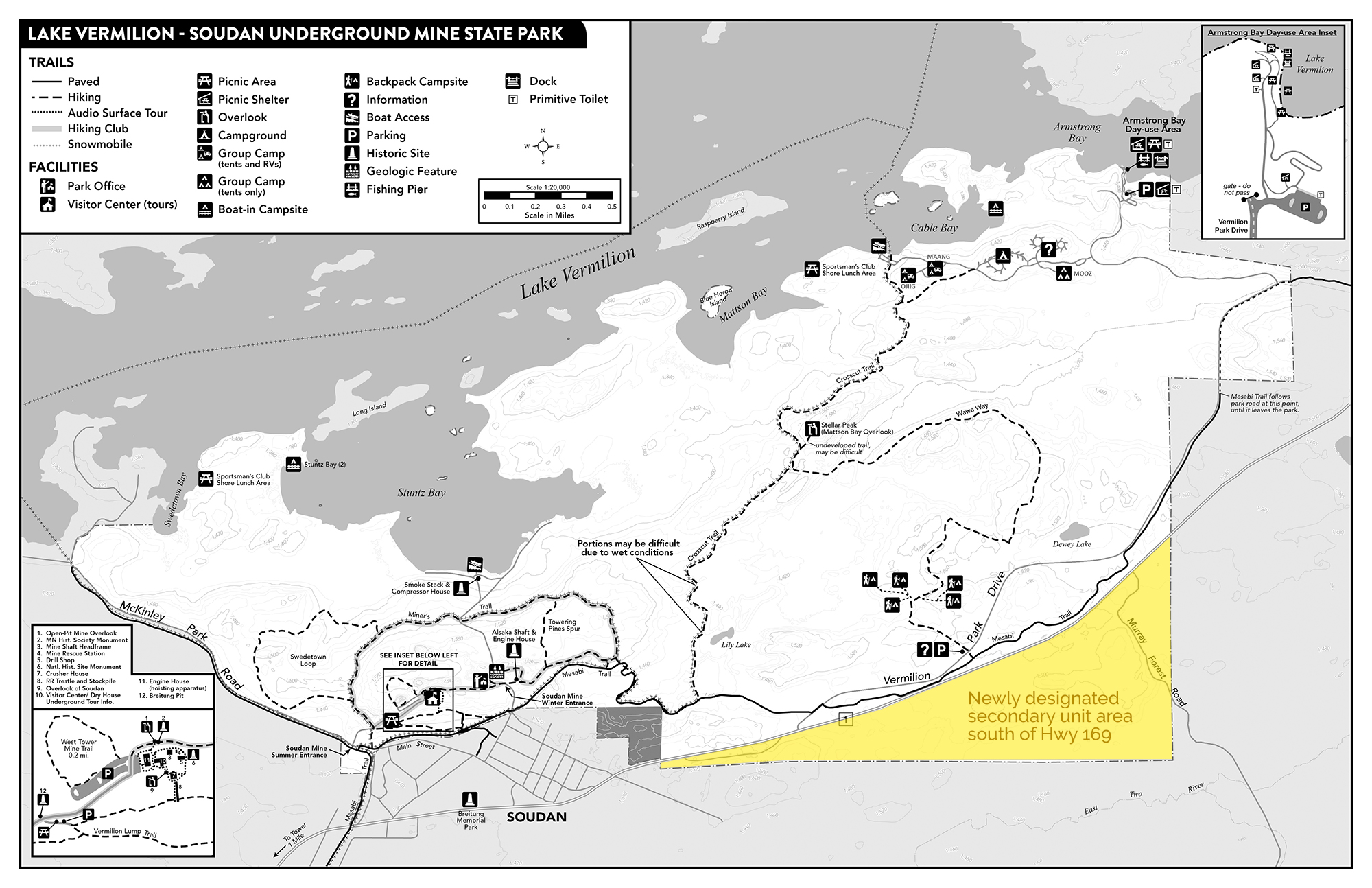 All-terrain vehicle (ATV) advocates have been pushing to open up state parks to ATVs for years, and in 2020 their focus was on Lake Vermilion-Soudan Underground Mine State Park in northeast Minnesota. Lake Vermilion is a little different from other parks where ATVs have tried to gain a foothold. When the park was created in 2010, the intention (detailed in the park’s master plan) was to build an ATV campground in the southeast corner of the park, which is separated from the rest of the park by busy Highway 169 and also adjacent to already-existing ATV trails. Because the Outdoor Recreation Act prohibits ATVs within state parks, however, the proposed campground was always on shaky legal ground, and we argued building it would set a dangerous precedent. In addition to appropriating $5.8 million to build the campground, the 2020 Special Session Bonding Bill also designated the portion of the park south of Highway 169 as a “secondary unit” to be managed as a state recreation area, which has less restrictive rules than do state parks. “Secondary units” are extremely rare, but they are allowed under the Outdoor Recreation Act. While this change does respect the letter of the law, we’re concerned that “secondary units” could be used as a Trojan horse to allow ATVs in the middle of state parks or on trail corridors through state parks. We’ll remain vigilant and fight against any such efforts.