Tranquility on the lakes 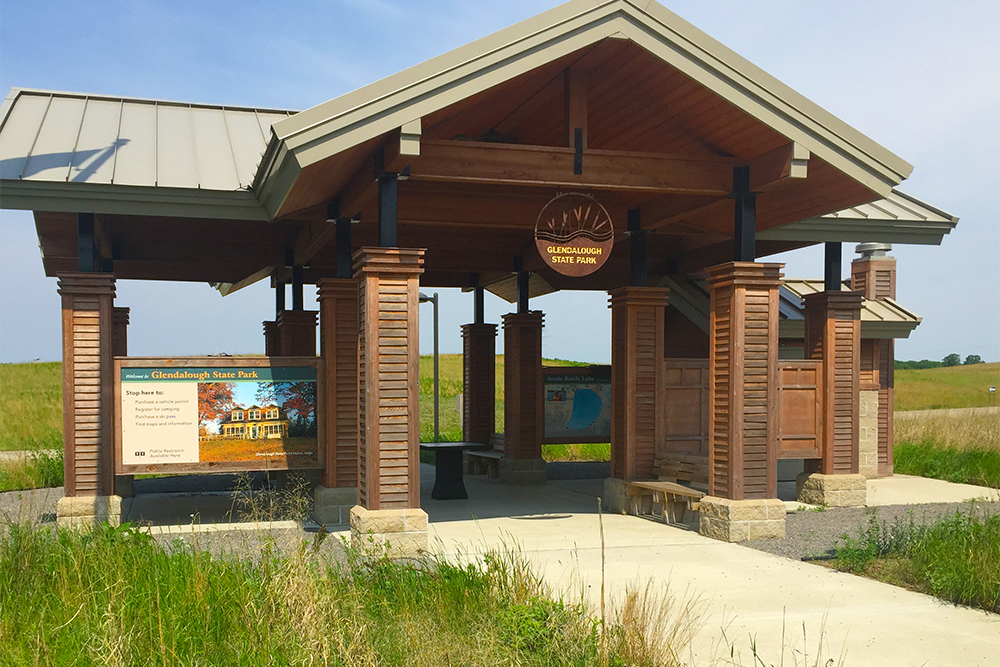 When entering this quiet park, you're greeted by a self-help kiosk 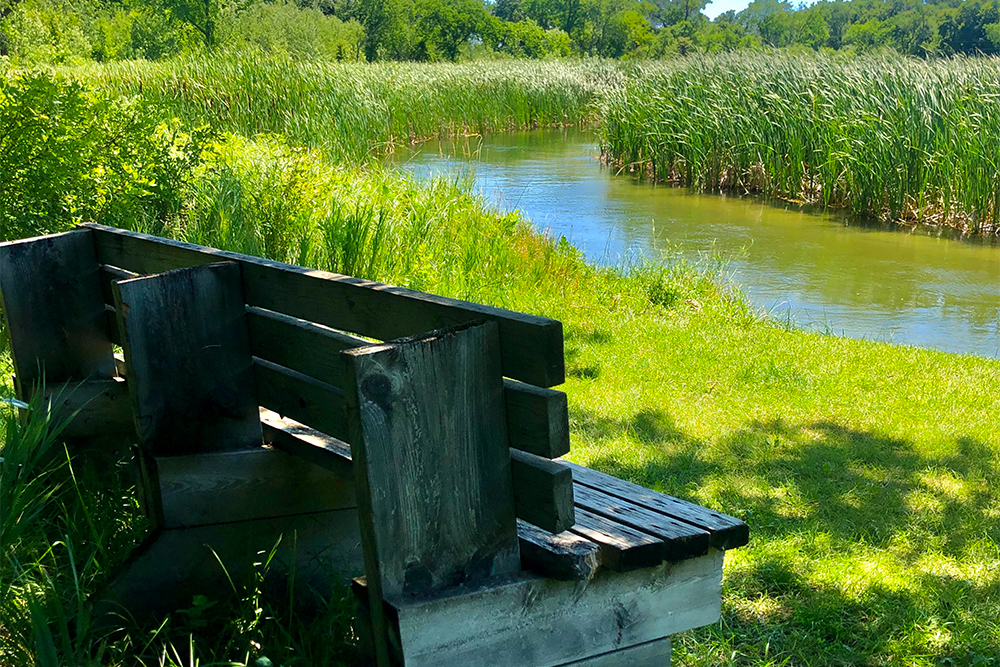 A wooden bench alongside the creek that is canoeable. 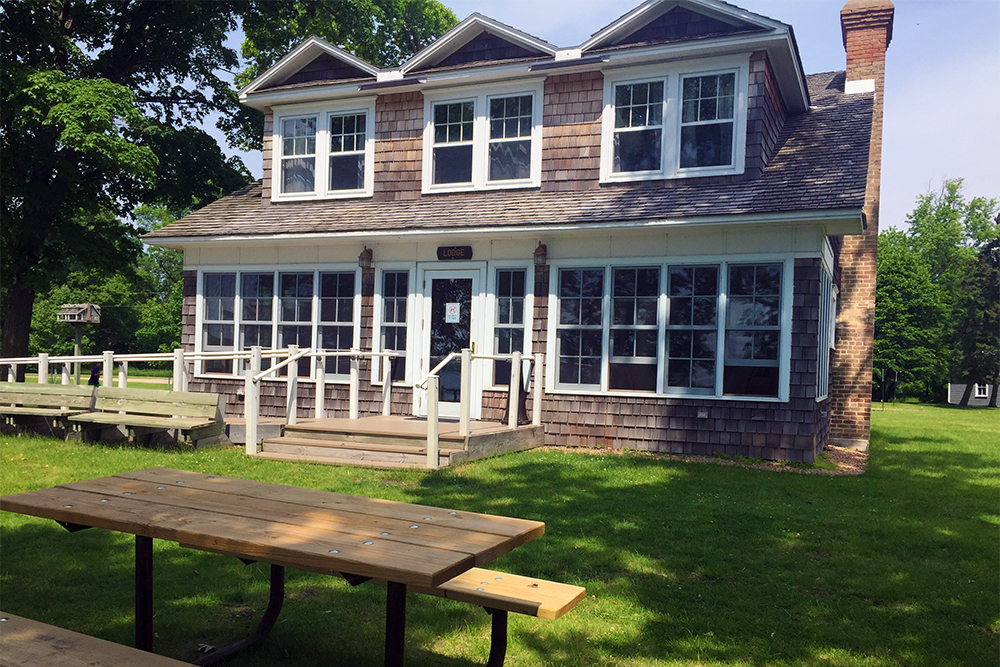 Historic lodge in picnic area has memorabilia on display inside. 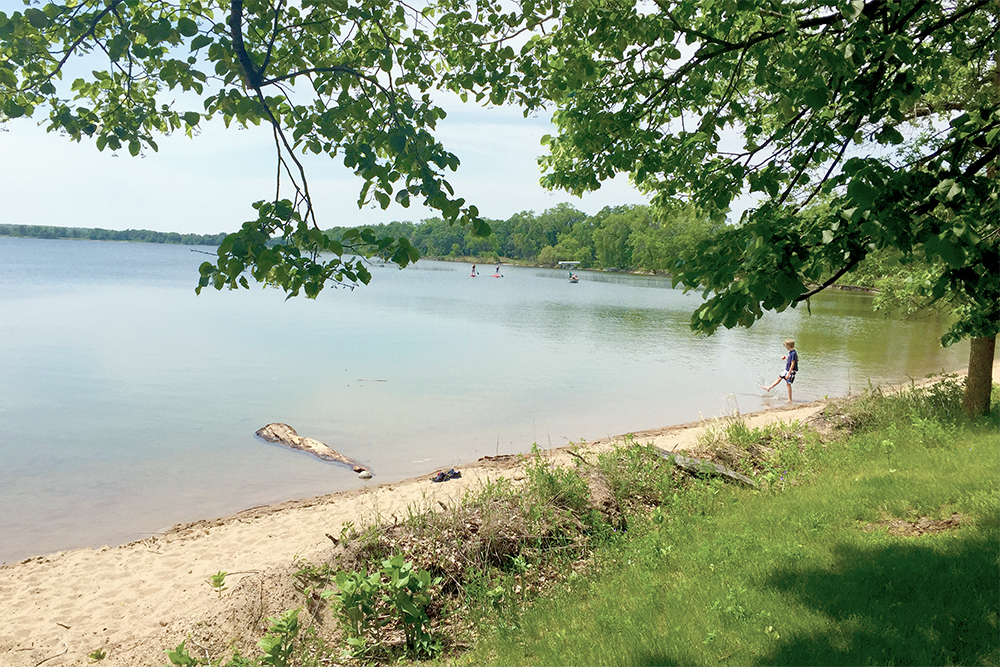 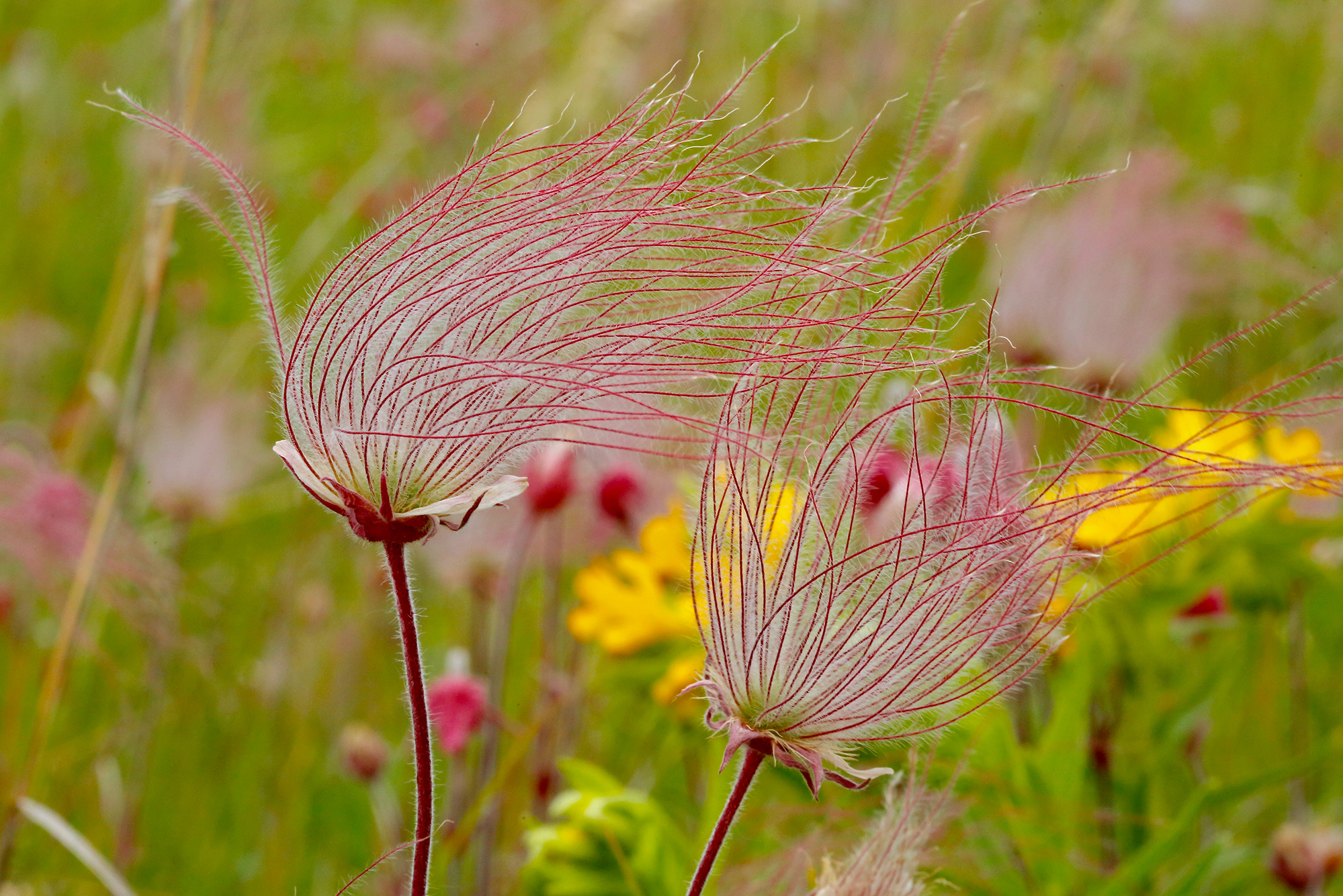 Prairie Smoke on the prairie in the park. Walt Huss/P&TC photo contest 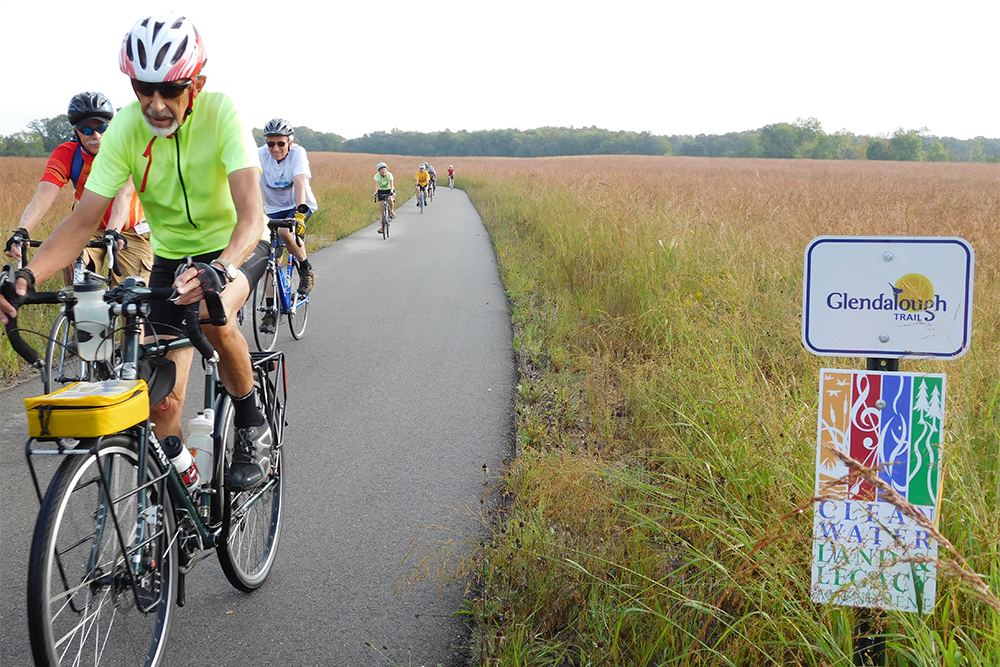 A paved trail circles half-way around the lake and connects with trail into town.

Tranquility reigns supreme at Glendalough State Park, a park located on the edge of the bustling little community of Battle Lake. It’s a park full of activities yet exuding a calmness centered around Annie Battle Lake, a natural lake free of motorized watercraft.

The clear water and sandy bottom of Annie Battle Lake makes it a destination for swimming, nonmotorized watercraft and fishing. The fishing gets a boast from being a “heritage” lake with special regulations that make larger fish more common.

Canoeing, kayaking and paddleboarding are made easier by a concessionaire who rents all the equipment you need from the park’s main lake. And while Annie Battle is a beautiful lake, exploring the meandering creek system connecting Annie to Blanche Lake in the north and Molly Stark to the south adds views of intriguing landscapes and a sense of solitude.

Bicycles are also rented out in the park so visitors can explore the roughly three miles of shared-use paved trail that rim around Annie Battle and Molly Stark Lakes through both woods and prairies. Continue on the quiet park road to complete the roughly 5-mile loop, or continue on the paved trail that leads out of the park, rims around the larger West Battle Lake and into downtown Battle Lake to explore the small shops, galleries and museum amid the bicycle-friendly streets.

Camping at Glendalough is uniquely calm since the campground is traffic-free. Carts are provided to haul all your gear to one of the 22 sites or four camper cabins that are located between 200 to 1,300 feet from the parking lot.

For those looking for a more adventurous journey to your night’s resting place, the park offers canoe-in/bike-in options to two yurts or three campsites located on the far-end of Annie Battle Lake.

This park is relatively new compared with others in the state park system. It was established in 1991 after being donated to The Nature Conservancy by the Cowles Media Company (then the owner of the Star Tribune). The property had been used as the company’s retreat center for decades, where they hosted notable guests, such as Dwight Eisenhower and Richard Nixon.

A historic lodge remains in the park from those private retreat days and holds memorabilia on display for visitors.

Further back in history, this land was used by Native Americans with some important archaeological finds in the park, such as an earthen oven that is among the oldest known in Minnesota. These finds were documented but then left safely where they were found.