What’s in a name?

Test your knowledge of the origin, meaning and other fun facts about Minnesota parks and trails names.

#1. The Gitchi Gami State Trail derives its name from an Anishinabe (Ojibwe) word that means what?

Gitchi Gami (alternatively spelled gichigami or gitchi gumee) is a the term for Lake Superior, or a large lake in Anishinaabemowin or the Ojibwe language. Listen to how it’s pronounced at the Ojibwe People’s Dictionary website

Flandrau State Park, which is located on the Cottonwood River near New Ulm, Minn., was called the Cottonwood River State Park from its establishment in 1937 until 1945, at which point a contingent of people managed to rename the park to recognize Charles E. Flandrau. He was born in New York and arrived in Minnesota in 1853 to serve as a government agent to the Dakota. Later he organized war efforts among New Ulm townspeople during the U.S.-Dakota War of 1862.

#3. There is only one park named after a woman, whose status as a lived person is confirmed. Which park is it?

✘ Lake Maria According to research by the Friends of Lake Maria State Park, the origin of this park’s name is a mystery. The name, Lake Maria, appears on maps going back to the 1930’s and today most people pronounce it “Muh RYE uh” but some “old-time” locals refer to it as “Muh EE uh.”

✘ Carley may sound like a name associated with women, but this park is actually named after Sen. James A. Carley, who donated the initial 200 acres to create the park.

✘ McCarthy Beach was named after John A. McCarthy, also known as “Old Man McCarthy,” who died in 1943. He allowed people to recreate on the land he owned (which later became the park). 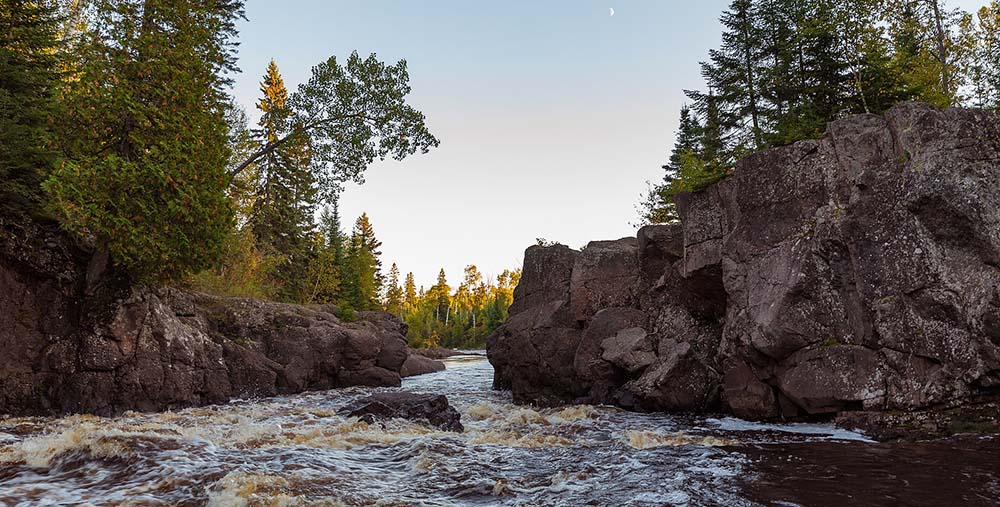 #4. Which park got its name because it's home to the only river along the North Shore without a sand “bar” at its mouth?

If you got this right, you must have made the connection between the term “temperance” referring to abstinence from alcoholic drink and the fact that this river lacks a sand “bar”–Nice job!

This lack of sand bar is due to the depth and force of the river. A sand bar is created when debris is carried by the water and deposited in a slower moving area along its route.

It’s hard to believe that “Izatsy” could be misspelled to become “Kathio” but apparently, the explorer Sieur du Lhut’s handwriting was so hard to read that someone transcribed his writing as such.

Some of the Dakota who lived in this region at the time of Sieur du Lhut’s travels referred to themselves as (E-sawn-tay`), which was written in English at the time as Izatsy. Today they are more commonly known as the Mdewakanton, which translates as “dwellers of the spirit lake” a reference to Mille Lacs Lake.