New era as farm turns to parkland for William O’Brien

Parks & Trails Council’s influence on the development of William O’Brien State Park is undeniable. Starting in the early 1970s, while a major housing developer was eyeing lands in the area, P&TC spearheaded a major park expansion. It was a race to secure lands. Adding to the challenge, the Minnesota Legislature was debating whether the expansion should even be authorized. This meant P&TC was going out on a limb to buy lands that the park could potentially be prohibited from owning, but we couldn’t bear the thought of losing this land to developers, so we took the risk.

Over the next couple years, P&TC bought the bulk of the land within the expansion area. Meanwhile, P&TC leadership worked with legislators to pass the park boundary bill and transferred the lands to the park by 1973.

Bit by bit, P&TC has been acquiring the remaining private lands within this park, including our latest acquisition of 60 acres from Myron Lindgren last December (see map).

Lindgren was born and raised on a farm that encompassed these 60 acres plus lands to the north and south that he previously sold to become part of the park. This last parcel held his homesite.

It’s a bittersweet moment for him, as this sale also brings a move for him away from his beloved home of 80 plus years. But his heart lies in the countryside and this area was becoming unrecognizably urban in Lindgren’s assessment, with housing developments replacing family farms. “It’s a hard thing to know when to leave,” he explained. 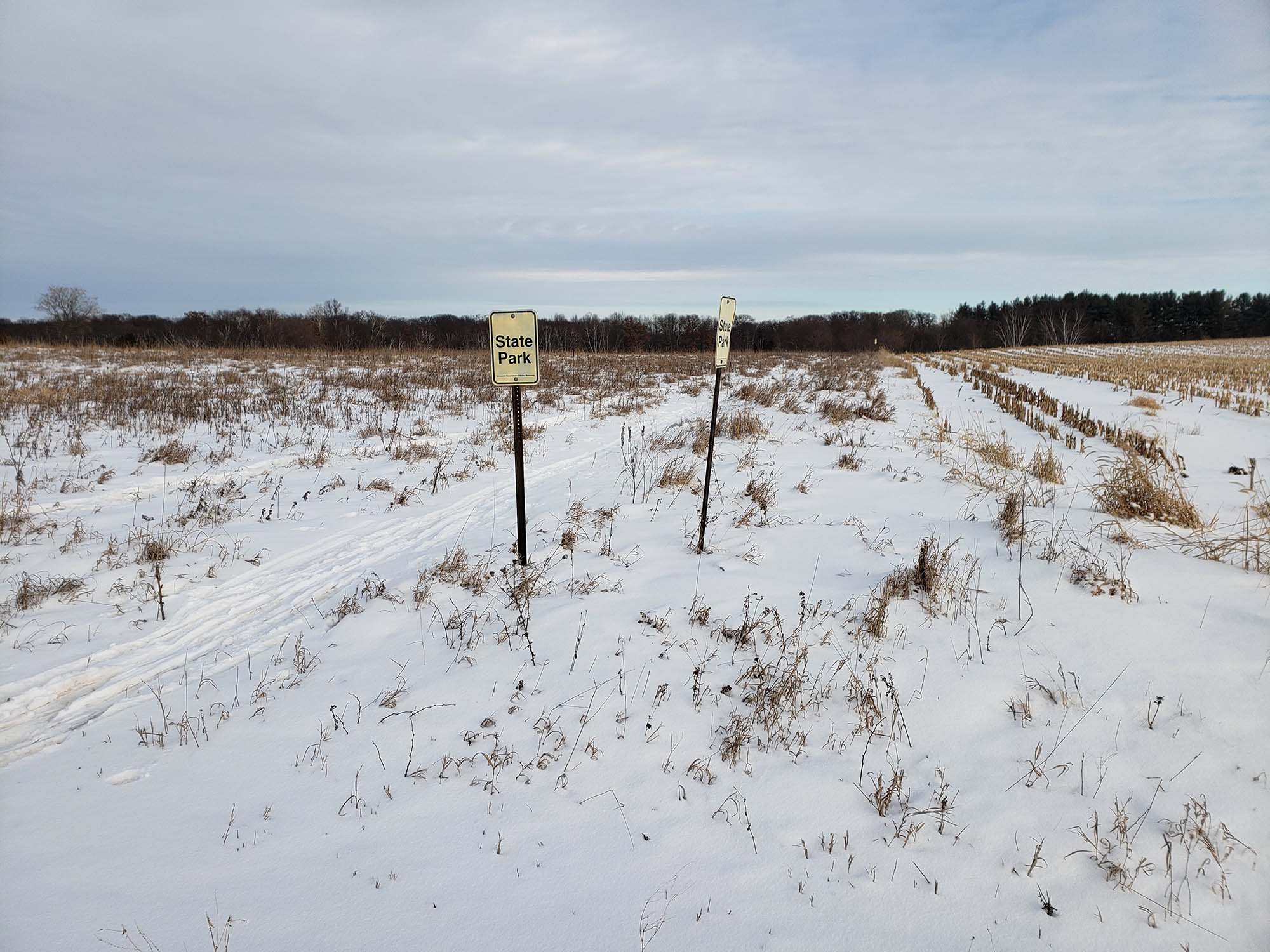 Northern border where it abuts state park land will soon become part of the park. 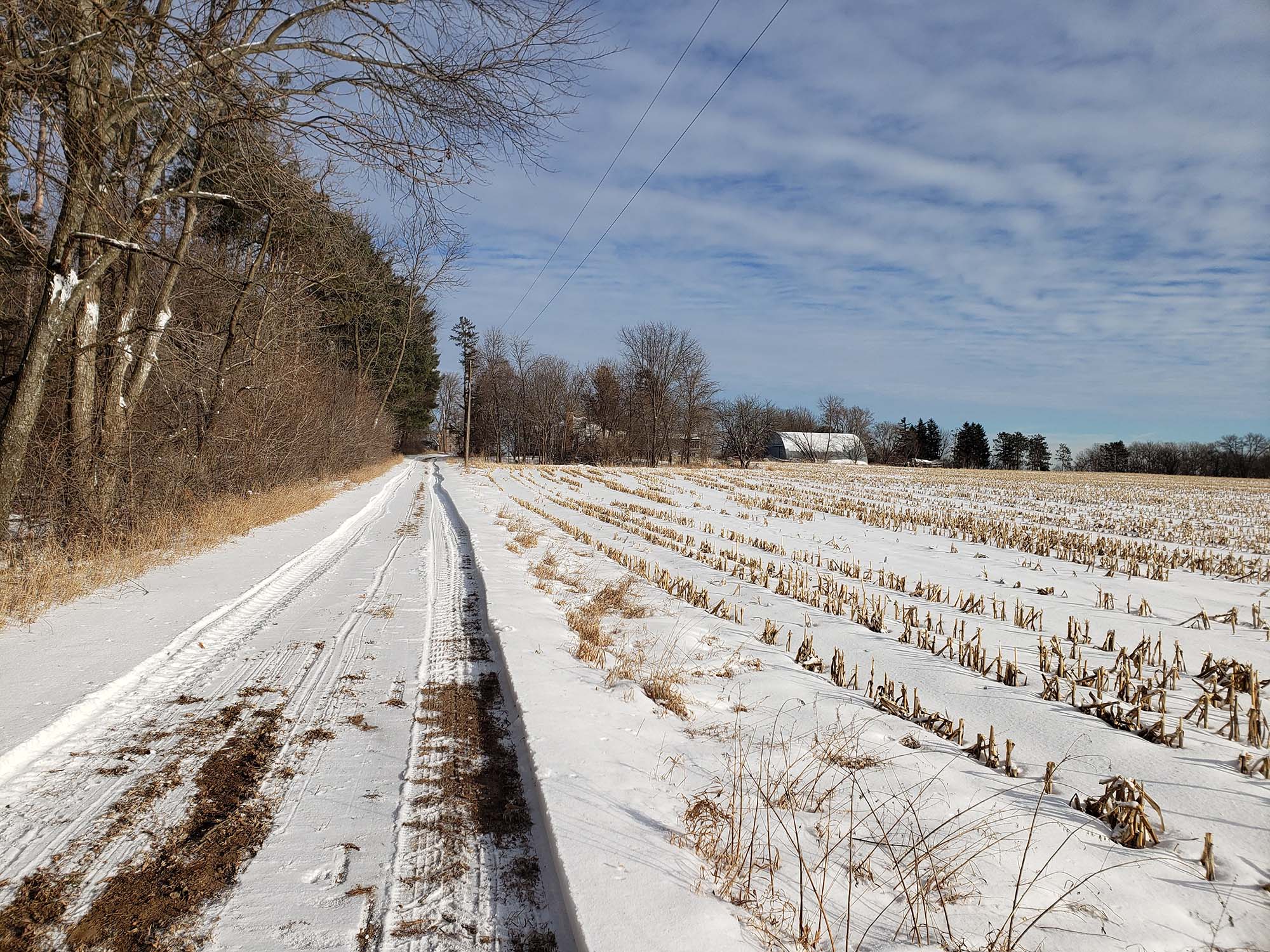 Driveway leading to the property with cornfield that will be restored to prairie. 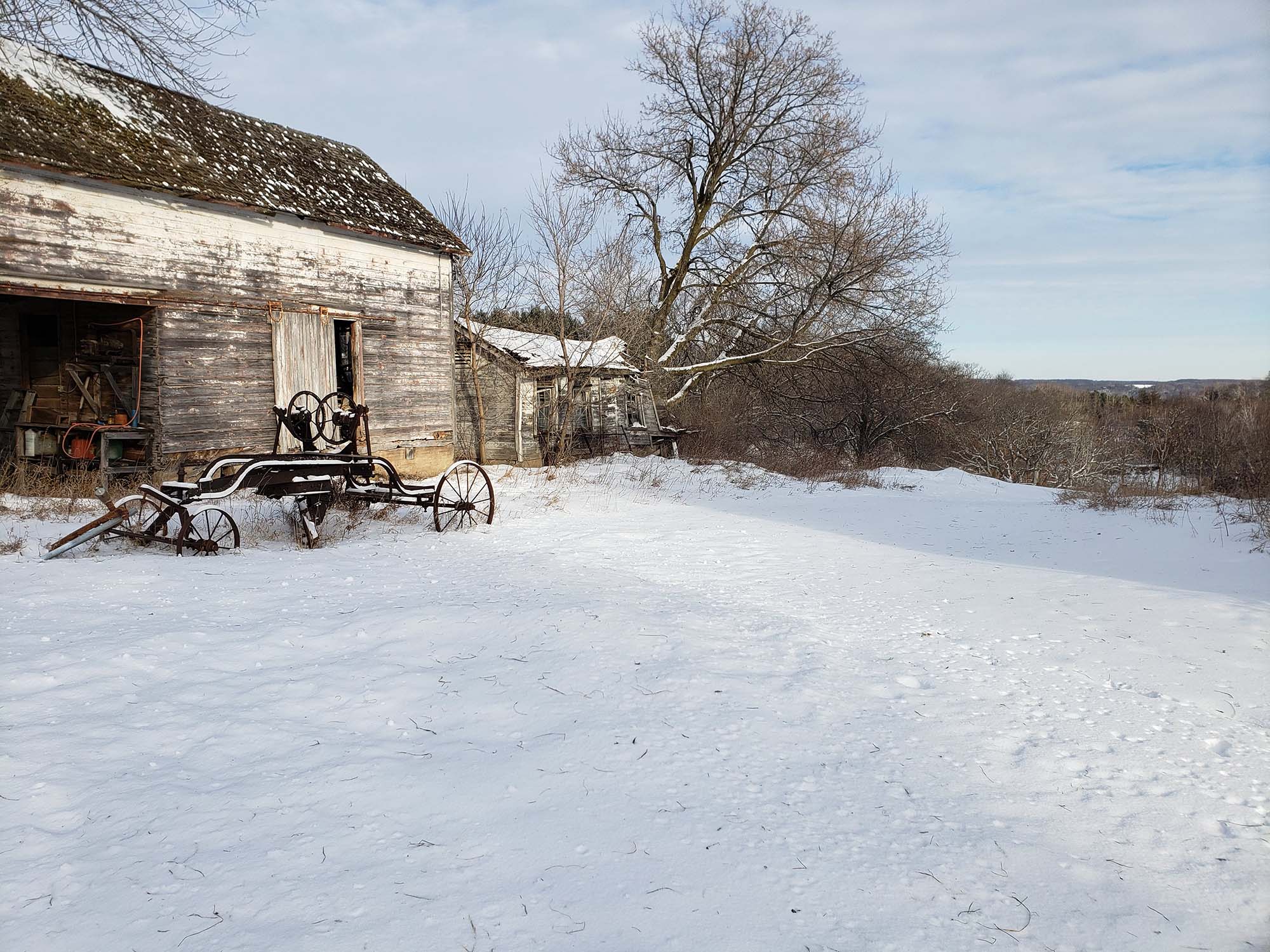 An aging barn on the property sits atop the hill with an expansive vista overlooking the park.

Lindgren has idyllic memories of his childhood in the 1940s and 1950s as a time when everyone knew everyone else and there was a strong sense of community. He attended the country school and “everyone came out to the PTA [parent teacher association] meetings—now that was a gathering,” he said. Even the seemingly minor detail of whether the school should be heated with wood or become electrified required a community vote, to which everyone weighed in.
Like many of the farms at the time, Lindgren’s family raised a small herd of milking cows, a couple pigs and grew potatoes and oats. Part of the land is wooded and before their home got electricity, which happened around 1947, the forest provided the wood needed for heating; they lived off the land.

It’s a hard thing to know when to leave.

~ Myron Lindgren, landowner who sold his family farm to P&TC to become part of the park

Across America farming has changed drastically in the last century and this area is no exception. Nearly all the small, family farms that were once the mainstay of the region—and predominately established by Swedish immigrants—are now gone. Of course, the area has undergone numerous other transformations prior to this latest one.

Dakota peoples lived in this area for centuries followed by the Anishinaabe (Ojibwe). This area marks some of the border lands between the two tribes. Two questionable treaties were signed in 1837. At that time, the Anishinaabe retained some rights to this land for hunting and gathering. Meanwhile, the Dakota were pushed west of the Mississippi River as part of U.S. President Andrew Jackson’s Indian Removal policy, which intended to open lands for white settlement. 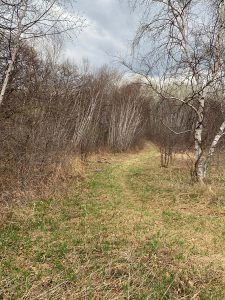 A trail cutting through the woods within this 60-acre property P&TC acquired for the park.

Before the ink dried on those treaties, logging operations run by European immigrants began clearing the region of all the large pine trees. Most of the trees in the park were regrown after this era. Minnesota’s first commercial sawmill opened at the nearby town of Marine on St. Croix in 1839.

In fact, the park’s namesake comes from a lumber baron who owned the land prior to passing it on to his daughter, Alice. She enjoyed it for many years before donating the 180 acres near the St. Croix River to become the nucleus of the park. She intended that it be preserved and open for everyone to enjoy.

Today, Myron Lindgren shares a similar sentiment in that, even though he is sad to see the area change from its farming days, he’s happier to see the land that’s been his lifelong home be preserved as parkland rather than developed into expensive housing.

Parks & Trails is currently holding the land in trust for the park and working with the former landowner to perform site cleanup, which will be ongoing throughout 2022. Public use is not allowed while this cleanup is happening.

See all our projects at William O'Brien State Park