Many environmental protections in place today are the result of hard-fought battles in the 1960s and 70s. It was a time when citizens felt compelled and empowered to take action.

It was a time that suited Grant Merritt well.

Growing up in Duluth and spending countless summers at Isle Royale National Park, instilled in Merritt a strong connection to the North Shore. His family’s roots here run deep with big names from history popping up. His grandfather and great uncle opened the first mine on the iron range but later lost it to John D. Rockefeller. Plus his grandfather led renowned National Parks Director Stephen Mather on a boat tour of Isle Royale to promote its worthiness to become a National Park.

Grant Merritt’s calling, to be a delightfully dogged defender of Minnesota’s environment, became apparent later in life. First, he earned a law degree, completed a three-year stint in the ROTC, and spent several years in private practice on trucking law.

Then in 1967, he was paid a visit by his uncle, who lived a few miles from Reserve Mining Company’s a massive mining operation in Silver Bay, Minn.

What his uncle described was shocking: vast amounts of waste being pumped directly into Lake Superior. It didn’t seem right. Others in the community described the lake changing from clear to murky for miles around the mine’s dumping shoot. Later, as reported by MPR, they discovered the mine was dumping enough waste to fill a railroad car every two minutes, around the clock for years with no plans to stop.

Merritt, who was then the Democratic Farmer Labor (DFL) chair in New Hope, Minn., helped pass a resolution at the 1968 DFL convention to oppose the dumping of tailings into Lake Superior. Merritt also got involved with grassroots efforts by local groups to raise awareness. He began advising then-gubernatorial-candidate Wendell Anderson on environmental issues.

By 1971 Merritt traded in his citizen activism to head up the relatively new Minnesota Pollution Control Agency—an appointment by Gov. Wendell Anderson. It was not a job he was seeking, but as he said in a 2016 interview for the Minnesota Foundational Environmental Laws Oral History Project, “I realized I could do more in government than out of government, although I’m a big advocate for citizen participation and activity.”

Peter Gove, who succeeded Merritt as MPCA director in 1975 says, “the agency has had more than a dozen leaders over the past 50 years, but none so courageous or tenacious as Grant.” He goes on to say, “while there are many…who deserve credit for ending the dumping of tailings into Lake Superior, Grant did more than any Minnesotan to make the case that this abuse of the world’s greatest lake must end.” 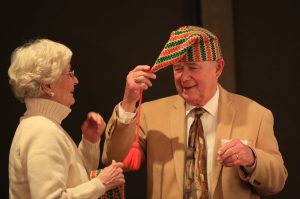 By 1973 these efforts helped to impel the federal Environmental Protection Agency to file a suit against Reserve Mining Company. It was a long, drawn-out legal battle that eventually, in 1980, resulted in the mine moving their dumping to an inland pond.

Through all this, Merritt realized that citizens need more power to defend the environment. He urged Gov. Wendell Anderson to pass the Minnesota Environmental Rights Act (MERA), which many see as Minnesota’s most important environmental law. It recognized the rights of citizens to clean air, water, and land and allows them to bring legal action if those rights are not being upheld. It empowers citizens to “speak on behalf of the environment,” Merritt said in the 2016 interview. “A little like ‘The Lorax.’”

Empowering citizen action has been a theme in Merritt’s life. In 1995 Merritt found a new outlet and joined the board of Parks & Trails Council of Minnesota. Over the next 11 years, his deep commitment to acquiring and protecting parks and trails was an incredible asset matched only by his bottomless well of relationships fostered through his infectious charisma.

He has a unique ability to express strong convictions that leave no doubt where he stands, yet with none of the vitriol. It’s a rare talent so deeply needed today. This ability is no doubt aided by his prophetically confident voice, one tinged with the gravitas of a man who has slain a dragon or two and survived. Yet it’s the inevitable warm laugh that follows along with his openness to hearing and valuing everyone’s knowledge that endears him and his causes to so many.