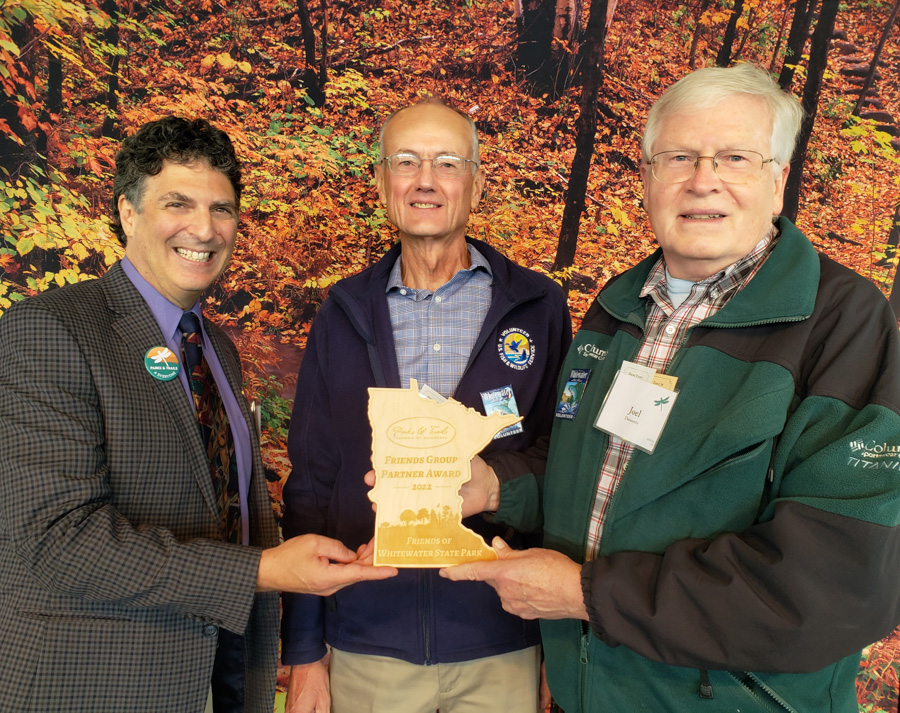 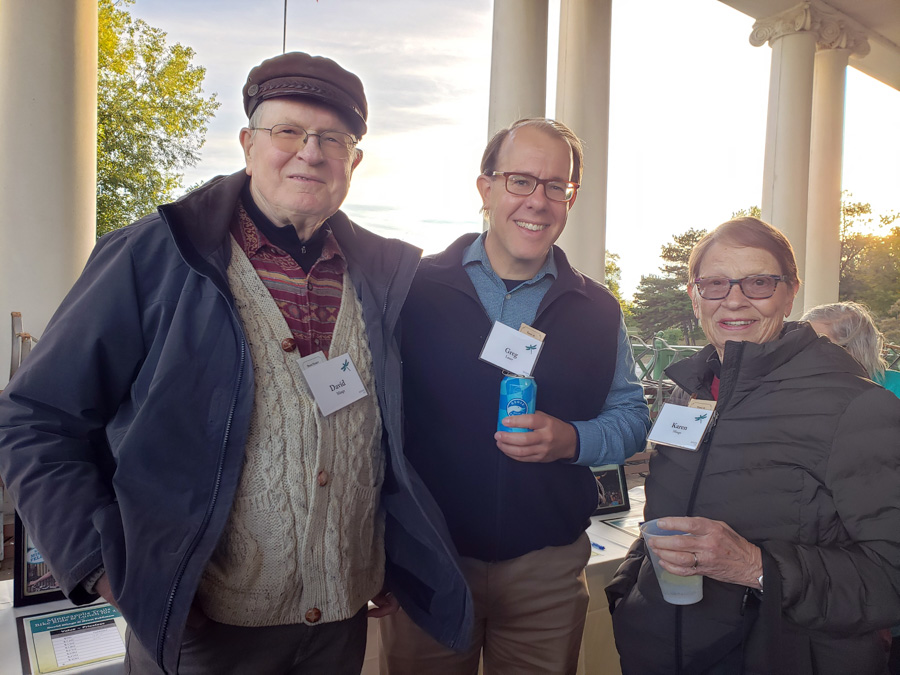 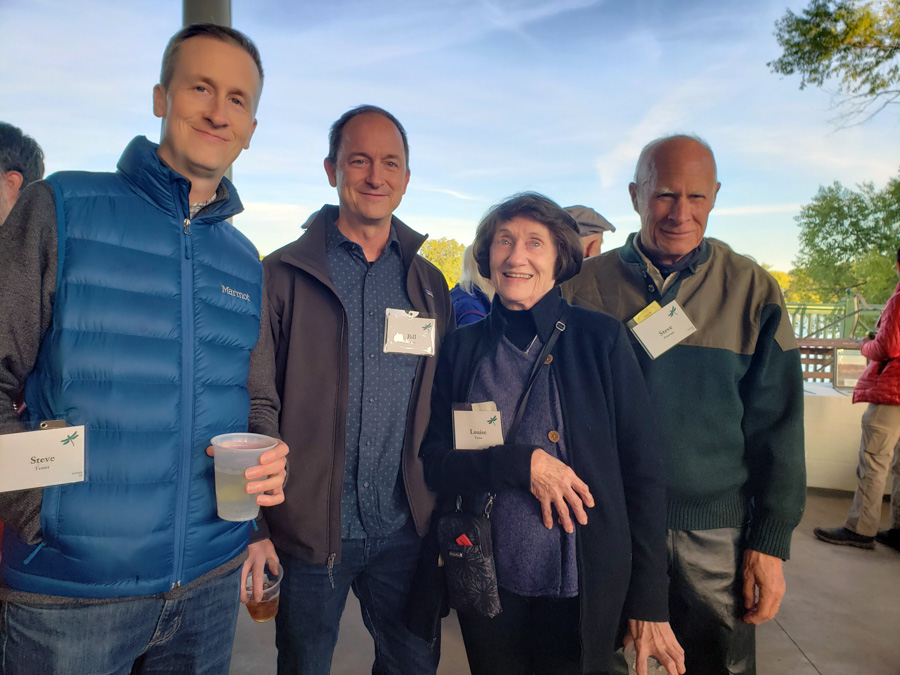 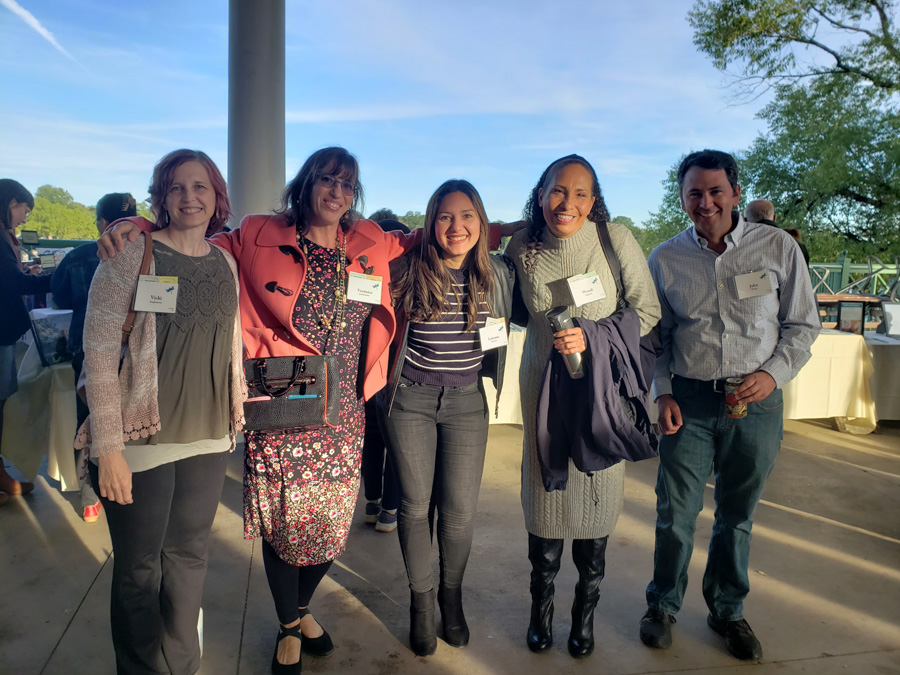 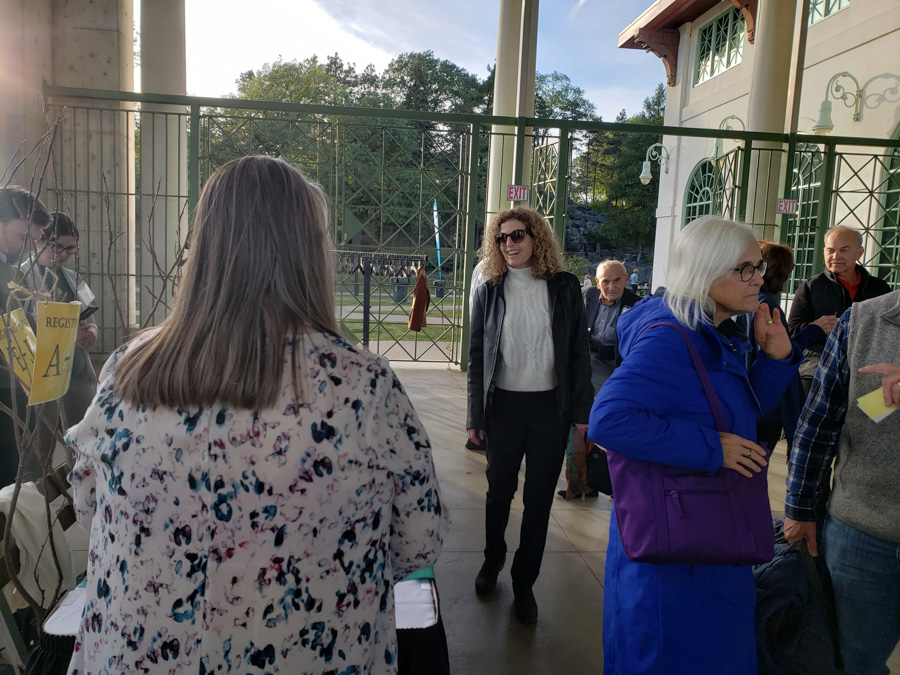 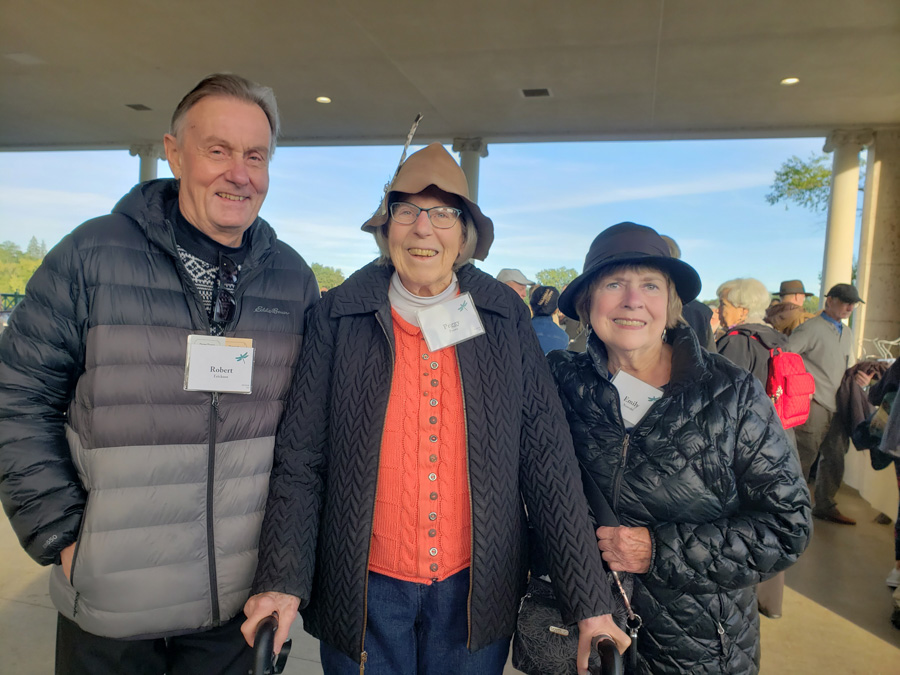 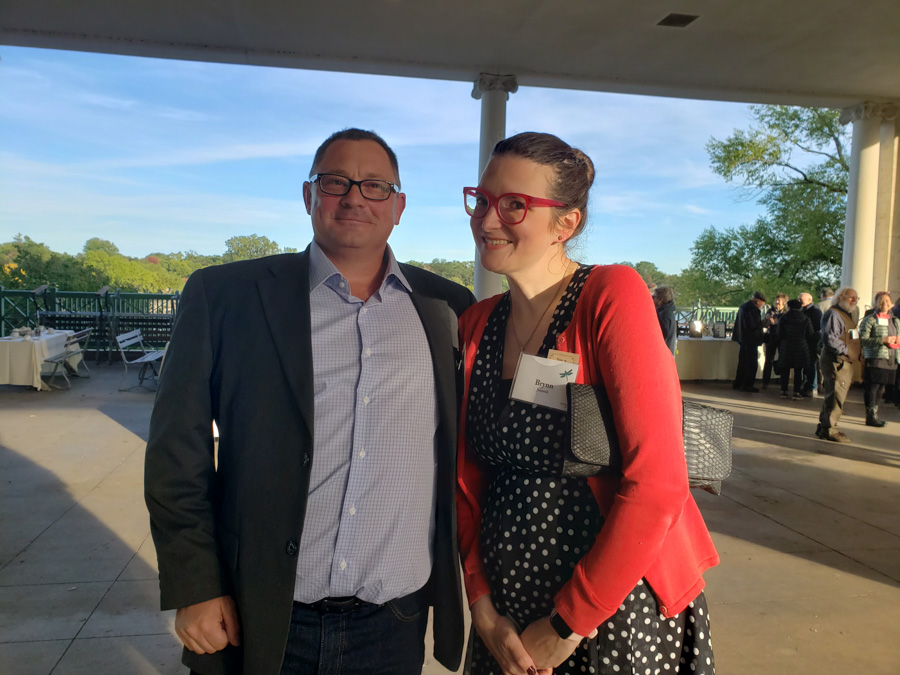 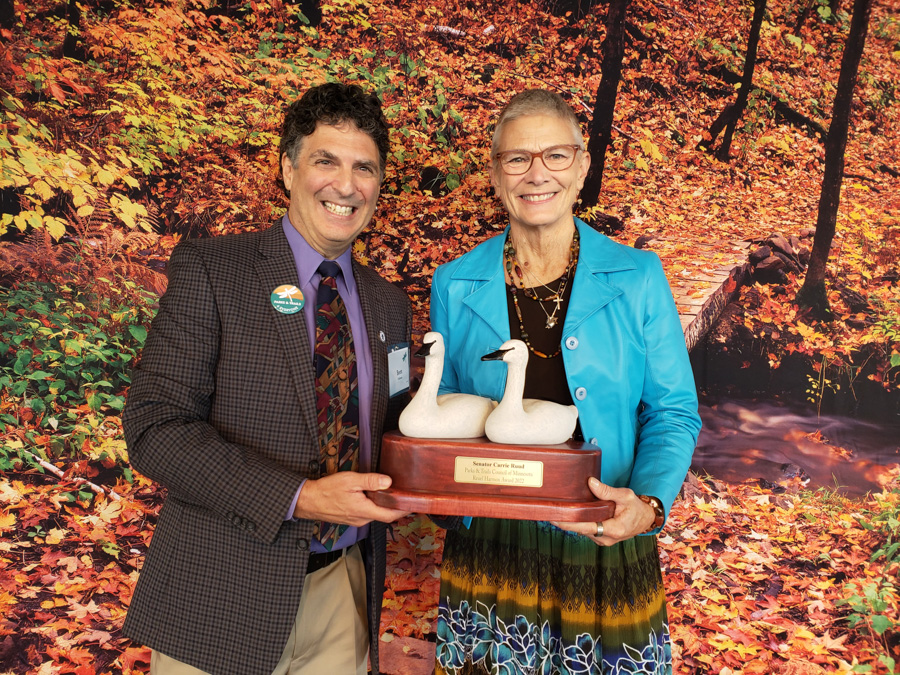 A big thank you to everyone who attended our Annual Dinner on Sep. 28. We had a great turnout and several very memorable speakers. Senator Carrie Ruud received this year’s Reuel Harmon Award and the Friends of Whitewater State Park were honored with the Friends Group Partner Award.

Our keynote speaker Emily Ford has made headlines in recent years for traversing Wisconsin’s Ice Age Trail and our state’s Border Route, as well as for her continuing advocacy for greater inclusivity in outdoor recreation.

We had an enthusiastic crowd eager to learn more about the ups and downs of Emily’s adventure and the continuing work of preserving Minnesota’s parks and trails. We also sold over $4,000 in raffle tickets and silent auction bids for a variety of generously-donated items, from gift cards to Redhead Creamery to certificates for sailing lessons and canoe trips.

Outgoing Senator Carrie Ruud was this year’s recipient of the Reuel Harmon Award. The Reuel Harmon Award recognizes exemplary service and outstanding achievement on behalf of Minnesota’s parks and trails. Senator Ruud’s long tenure in the Minnesota Senate included her roles as Assistant Minority Leader and Chair for the Senate Environment and Natural Resources Policy and Finance Committee. Here she stood in firm opposition to the use of OHVs (off-highway vehicles) in state parks.

In her speech, the senator covered her childhood with a father who encouraged her to spend time in nature. She credits him for her love for the natural world and desire to protect it. She issued a warning against a proposed ATV route through the Cuyuna State Recreation Area, which she said would endanger the health of this beloved northern nature sanctuary.

You can read more about Senator Ruud and her career in the Minnesota Senate here.

Also in attendance were Jay McLaren and Joel Dunnette of Friends of Whitewater State Park. The Friends were this year’s recipient of our annual partner award in recognition of their innovative use of grant funding and close, productive collaboration with the park’s Lead Interpretive Naturalist Sara Holger.

Jay spoke eloquently about the group’s passion for protecting and enhancing the park, the invaluable contributions of past president Joel Dunnette, and the productive relationship they have maintained with staff at the DNR and at Parks & Trails Council of Minnesota.

In 2021, Emily Ford borrowed a sled dog named after Jessie Diggins and traversed the 1,200-mile Ice Age Trail that snakes through much of Wisconsin. She became the first woman, the first person of color, and the second person in history to do so. Since then, she has become–to her own surprise–something of an ambassador on behalf of greater equity in the outdoors.

This past winter, she traversed much of Minnesota’s icy Border Route with Diggins, and she shared her adventures with our audience. She talked of a fortuitous meeting with professional mushers that kept her going. She also talked of her appreciation for the incredible beauty and towering silence of the north in winter.

Afterward, she answered questions from the audience about preferred sleeping bag brands, a fascinating trout that appeared in one of her photos, and what we, as park and trail advocates, can do to make the outdoors more welcoming to BIPOC, LGBTQ, and other marginalized Minnesotans.

The evening ended on a high note, with many attendees remarking positively on the evening and its speakers. A big thank you to everyone who turned out, shared their time, donated their money, and showed their support for our continuing mission to acquire, protect, and enhance critical lands for the public’s use and benefit. We truly could not do this without you.