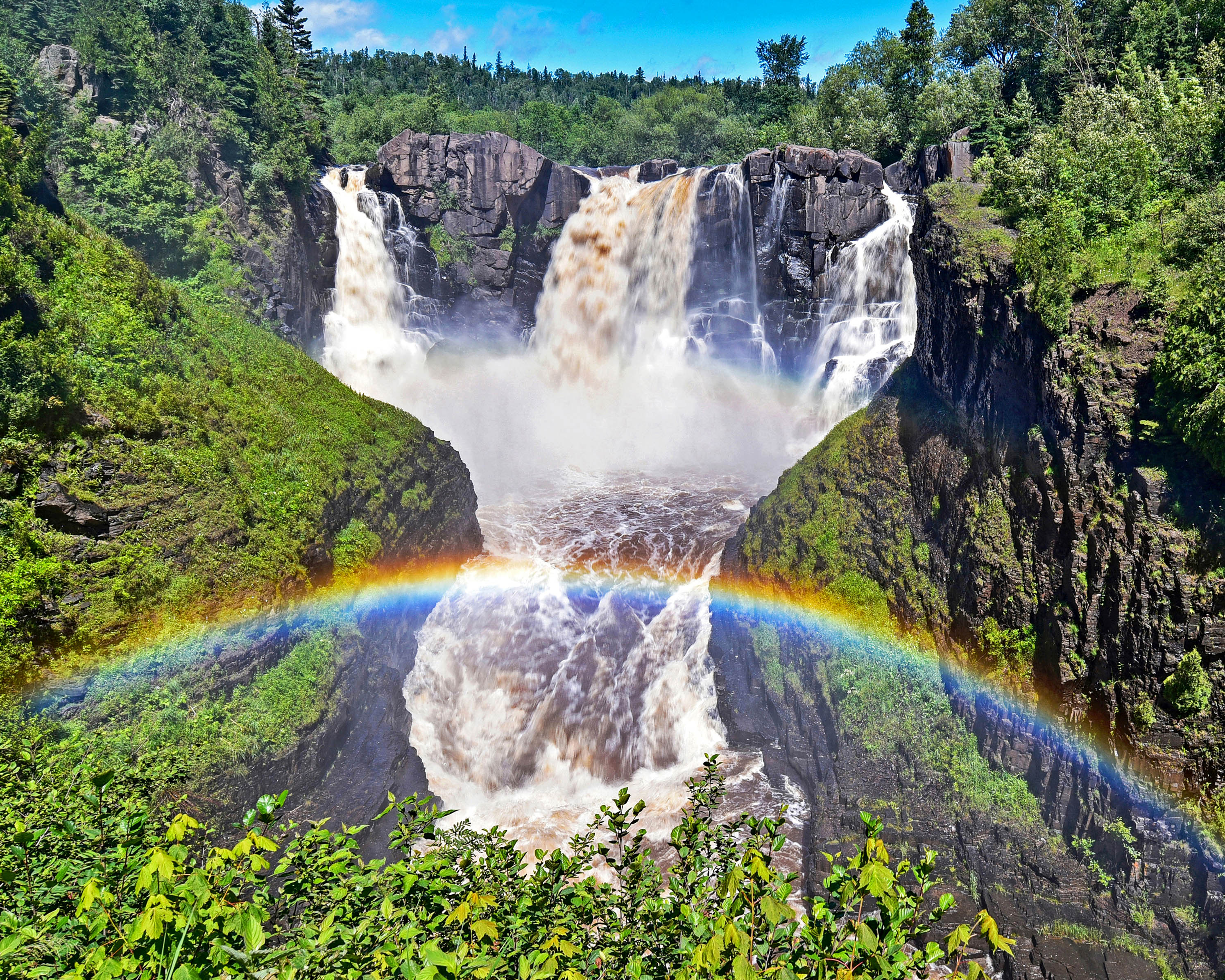 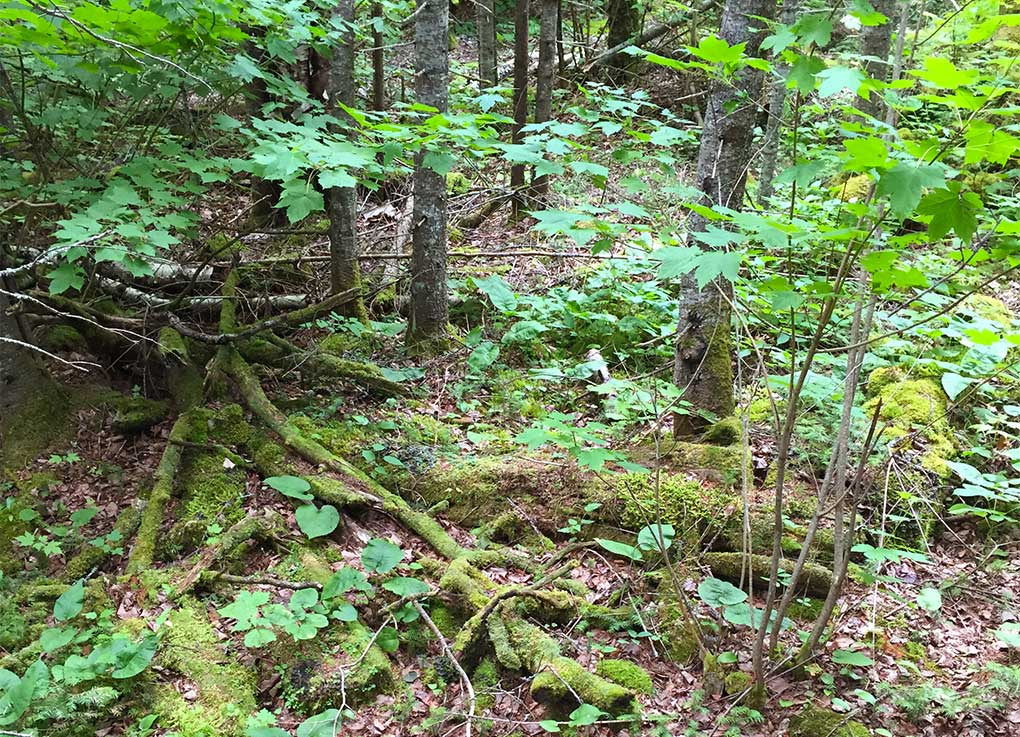 The forest floor at Grand Portage 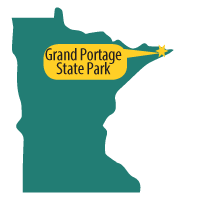 This park is unique in so many ways: it borders Canada, it has Minnesota’s tallest waterfall, it’s one of the smallest state parks in Minnesota, and the Grand Portage Band of Chippewa play a unique role in its ownership and management. Visitors will immediately feel the strong influence of the Grand Portage Band in the visitor center and along the trail. Interpretive signs and displays give context for how Native Americans have used and managed the land historically and today.

Visitors can view the majestic High Falls by walking half a mile to the observation deck. It’s a sight to behold.

when last project
was completed 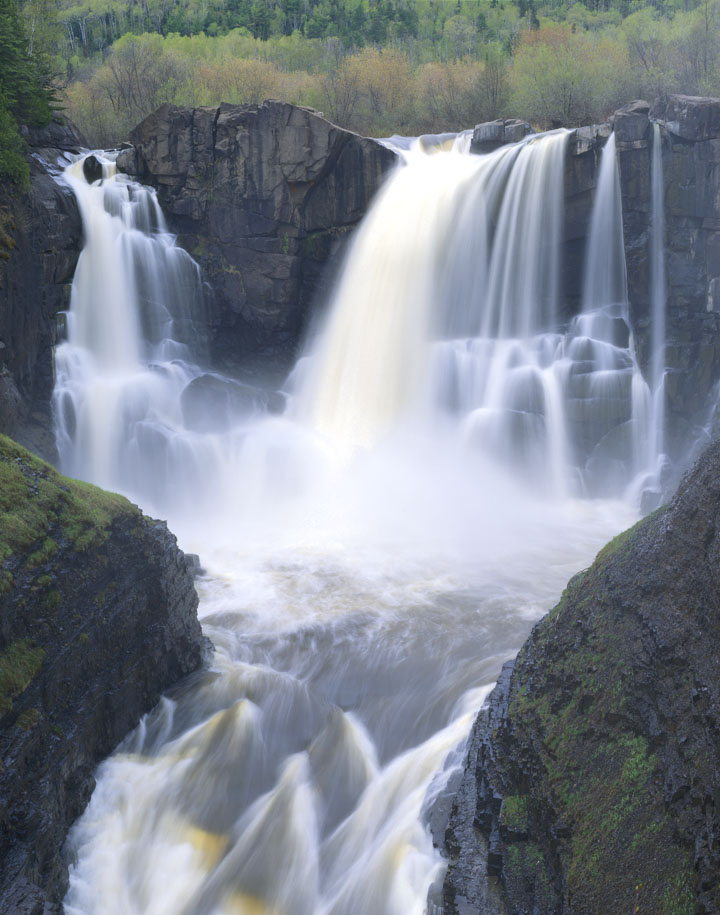 The High Falls on the Pigeon River, border of Minnesota and Ontario, Canada 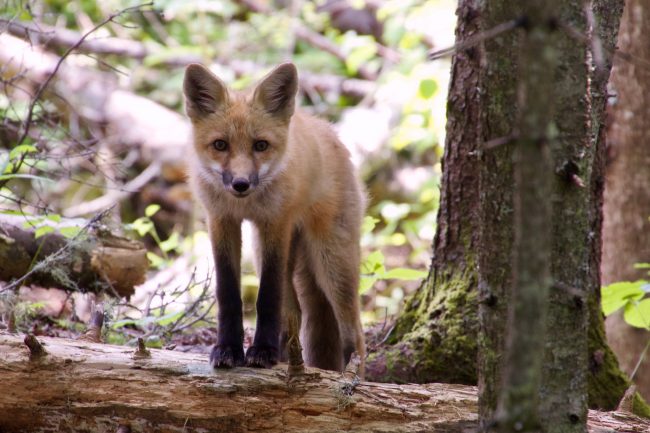 The forest floor at Grand Portage

In the late 1980s not many people knew about Minnesota’s most majestic waterfall, which lay in private ownership at the tip of the Arrowhead. And it would have remained that way had the right people not come together at the right time to persist in making it a state park.

Located on the ancestral lands of the Grand Portage Band of Ojibwe, this place remained special to the Band even as they lost access due to complex history rooted in the Nelson Act of 1889.

Somewhere around the 1950s, a married couple bought the roughly 270 acres from the government and owned it for decades.

In the mid 1980s, the deputy commissioner of the MnDNR, Steve Thorne, learned of the tribe’s desire to buy the land, which was hindered by lack of funds. Having worked on Indian law for the Minnesota Attorney General’s Office, Thorne was uniquely positioned to float an innovative idea of partnering to protect the land.

The land would be purchased by the state, donated to the Bureau of Indian Affairs to become part of the Grand Portage Indian Reservation, then leased back to the state to be managed as a state park with a special focus on interpreting Native American heritage. It was a completely unique idea that had never been tried anywhere else before.

The only hold-up was the legislation, which was threatening to take longer than the landowners were willing to wait. To ensure the land wasn’t sold to another private landowner in the meantime, Parks & Trails Council of Minnesota purchased the land in 1987.

To aid in making the case for creating the state park, Parks & Trails Council commissioned at least one study of the ecological value of the land. After four years of advocating at the state capital by MnDNR, P&TC and others, the legislation passed creating Grand Portage State Park in 1991.

Today, everyone can experience first-hand Minnesota’s tallest waterfall and learn about the rich Native American history of this area.

Preserving the view from Middle Falls

Sometimes we acquire land outside of a state park knowing that it is essential for the integrity of the park. Such was the case in 1998 when land on the Canadian side of the Middle Falls waterfall went up for sale. We acquired the land and it became an extension of the provincial park that offers protection of these majestic falls. 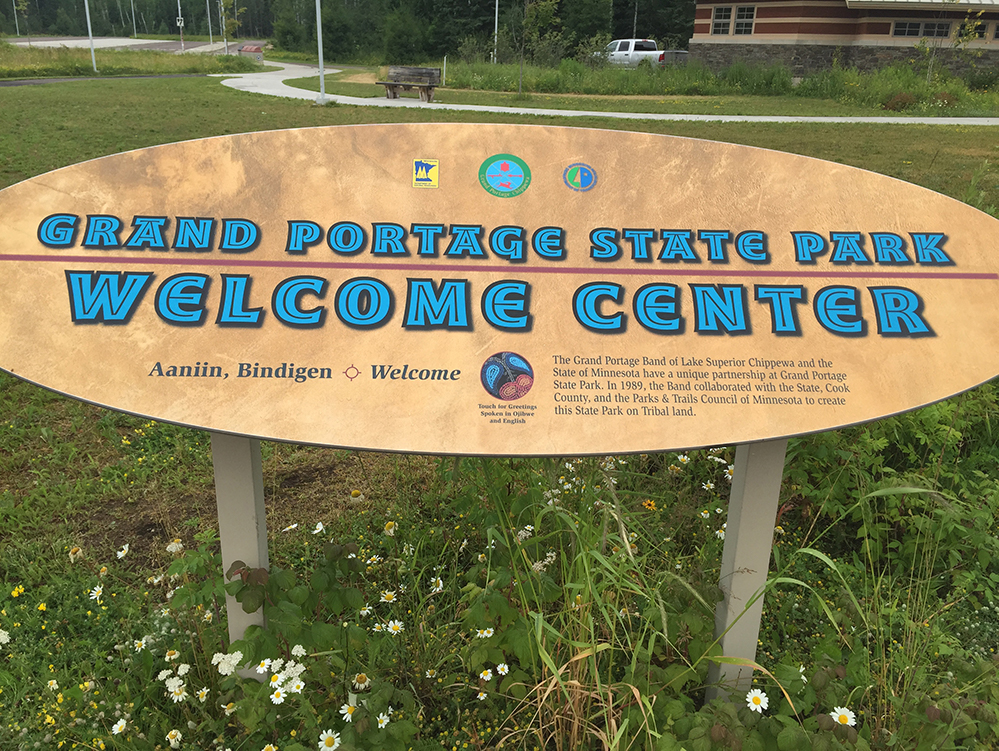 While discussions with the landowner adjacent to Grand Portage State Park had started before the park was even established, it wasn’t until 2007 that the land became essential for a new visitor center. At that time, Parks & Trails Council picked up the conversation where it left off and helped to acquire the land.

In another cooperative arrangement for the park, this land was eventually conveyed to the Minnesota Department of Transportation. The site is now used for the dual purpose of a wayside for road travelers and state park visitors. Located less than a mile from the border patrol station, many Canadians enter here and are welcomed by the visitor center.