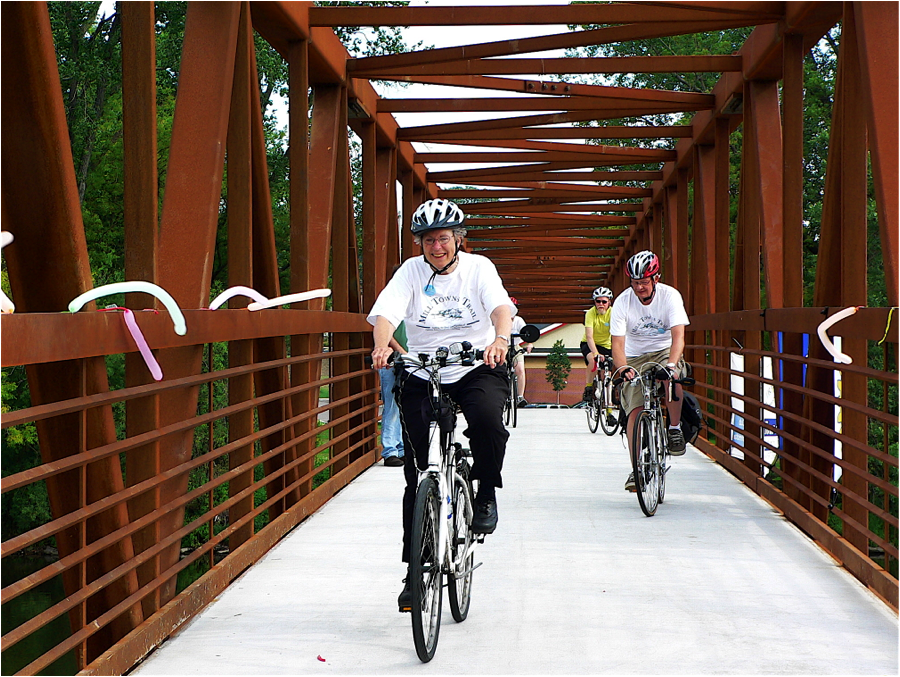 Peggy Prowe, a strong advocate for the trail riding across the bridge in Northfield named in her honor.

Mill Towns State Trail is a work in progress with three segments that are currently unconnected totalling six miles. The trail parallels the Cannon River and connects into the cities of Northfield, Dundas and Cannon Falls. It will ultimately serve as a 25-mile connection between two other long-distance trails: Sakatah Singing Hills State Trail and Cannon Valley Trail.
The name of the trail comes from the many mills that were constructed on the Cannon River in settlement times. The vision is for the trail to intepret this history of flour milling industry to sprung up and fostered the growth of cities and led to Minnesota being a major milling state in the early 19th century.

MILES
of the trail saved by this project 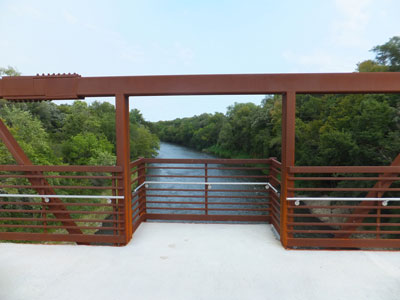 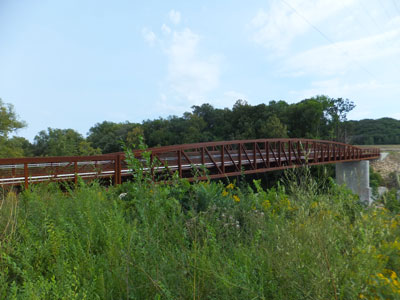 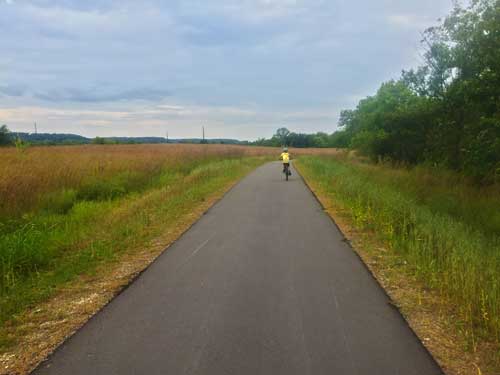 Like a puzzle, building the 2-mile segment of the Mill Towns State Trail involved many pieces fitting together—just so—to complete the picture. Talks began in 2010 between the DNR, three private landowners, two counties, the managers of a dam and a highway. Six years later the trail segment saw trail users enjoying it’s length.

These trail users can now bike or walk along the shores of Lake Byllesby (a dammed section of the Cannon River) before crossing the trail bridge with impressive views of the dam on one side and the scenic Cannon River on the other. The trail then passes through prairie lands and under Hwy 52 before reaching Hannah’s Bend Park in Cannon Falls, where a short connection leads to the Cannon Valley Trail.

Steve Hennessy, DNR trail planner, said the trail construction involved challenges, but succeeded in the end because of the partnership from Parks & Trails Council, Dakota County, Goodhue County, city of Cannon Falls and the DNR. “They all really worked together to make these pieces fall into place.”

The project had a lot going for it with half of the land being publicly owned. The remaining land was owned by three private landowners, which seemed like a manageable number—until all three declined the original offer to buy their land.

That’s when we stepped in to successfully negotiate a purchase from one key owner. Located adjacent to Goodhue County’s Lake Byllesby Park, this land provided the necessary space to create a gentle slope down through the river blufflands. The land had previously been farmed, and the DNR has plans to restore it to oak savanna.